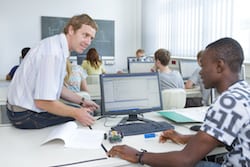 The range and exceptional quality of higher education establishments in Germany means that those looking to study there are often spoilt for choice.

Germany has private as well as state-run universities, and this is also the case with the universities of applied sciences as well as the specialist art and music schools. Some 95 per cent of the country’s higher education institutions are government funded and owned, while just five per cent are in the private sector. Most students opt for state universities as these charge low or no tuition fees (source: DAAD).

The Ernst-Abbe-Hochschule (EAH) in Jena was originally founded as the ‘University of Applied Sciences Jena’ (Fachhochschule Jena) on 1 October 1991. Located in the heart of Germany, it is one of nine state universities in the new, post-GDR federal state of Thüringen.

EAH Jena has experienced impressive growth since its inception. With an ultra-modern campus, the university currently has over 4,700 students, enrolled on a wide range of bachelors and masters degree courses in the fields of engineering, business management and the social sciences.

This university of applied sciences has a distinctive emphasis for its work: ‘Innovation for quality of life – health, precision, sustainability and networking’. Such a mission requires an increasingly interdisciplinary approach, working collaboratively to capitalise on synergies between individual departments. Teaching and research are also ever more inextricably bound for this very reason.

The aim of EAH Jena over the next few years will be to focus on the continued development of attractive bachelors and masters courses, with a strong emphasis on linking masters subjects to the university’s research foci. On a wider level, the intensive research and fast-paced development taking place at EAH Jena are helping to strengthen the technological potential of Thüringen. The practical influence and impact of the research portfolio is also continually expanding.

The Ernst-Abbe-Hochschule Jena collaborates with a significant number of higher education institutions around the world, and the proportion of exchange students is continually on the rise. Professors from EAH Jena are also engaged in work at other universities in Europe, Asia and Africa – a situation which is actively supported and promoted through cooperation agreements. In addition, the university’s ongoing cooperation with a wide variety of companies, social institutions and associations helps to maximise the educational opportunities for its students.

These are just some of the reasons behind the upward trend in the number of universities of applied sciences in Germany, which has increased by 29.1 per cent in the last five years (between the 2009/2010 and 2013/2014 academic years). This is in contrast to the overall number of foreign students in German universities, which has grown by 22.9 percent in that time.

“The EAH Jena has been experiencing increased interest from overseas for several years. Here, the proportion of foreign students has grown disproportionately. In the 2009/2010 winter semester, the figure was 5.1 per cent, whereas now it has reached 11.5 per cent – an increase of 125.5 percent. “

To EAH Jena, the reasons for its good reputation amongst foreign students are clear: Not only do they enjoy an excellent study environment, they also benefit from the friendliness of a relatively small yet first-rate campus, they are welcomed with open arms and receive very good pastoral care alongside their studies’, explains Angelika Förster, Head of the International Office. The International Office offers a broad spectrum of support services and events for all foreign students, including intensive language courses before the start of the semester, introductory events, job application training and much more besides.

Eliana Cordero (26) from Columbia is a student on the English-language masters course in ‘Scientific Instrumentation’, in the Engineering Sciences department. When it comes to the advantages of the Jena University of Applied Sciences, the young engineer takes no persuading. ‘I felt very well looked after from the moment I arrived. The facilities and teaching at EAH Jena are excellent. The modern laboratories provide everything I need to gain the appropriate knowledge; then there are the experienced lecturers and my fellow students, who help me to get to grips with everything and get the most out of my studies.’ 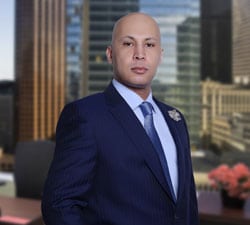