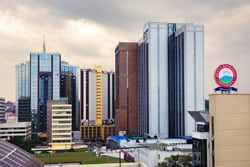 A 20-year surge in growth in Africa indicating that the world’s poorest continent is coming to terms with its challenges has raised the prospect of the African lion economies emulating the Asian tiger economies in the 21st century. Africa’s advantages include enormous untapped resources, a youthful population and an expanding middle-class. Of course, it should not be forgotten that there a still a few problems to be resolved, including poverty and inequality, Islamist militant violence and poor infrastructure.

According to the United Nations Conference on Trade and Development (UNCTAD), GDP in Africa grew on average by 5.5% a year over the past decade and is expected to rise by an average of 6% a year in the next decade. Foreign direct investment (FDI) is playing a major role in this development. UNCTAD reports that FDI increased from US$15 billion in 2002 to US$37 billion in 2006 and US$46 billion in 2012, bucking the global downward trend.

This summer, US President Barack Obama hosted more than 40 African leaders at a three-day gathering in Washington DC. The US-Africa Leaders Summit is aimed at boosting economic ties and addressing Africa’s weak infrastructure and investment shortage. The theme that emerged from the summit was that US companies are losing out on opportunities for growth and job creation in America and Africa because they aren’t familiar enough with Africa.

Meanwhile, China is diving into Africa head first. Chinese investment in Africa has grown at a rapid pace, particularly in the mining sector. The country’s investments in African mining totalled $15.6bn in 2011, up tenfold on the previous year, according to the China Mining Association. China is hungry for natural resources, energy, food and markets for its products. Africa can offer all of these things.

Africa secured 5.7% of global FDI projects in 2013, up from 3.6% a decade earlier, according to accounting firm EY in its 2014 Africa Attractiveness Survey, released in May. The survey states that Africa’s perceived attractiveness relative to other regions has improved dramatically in recent years, with Africa moving from third-last position in 2011 to become the second-most attractive investment destination in the world, behind North America.

The average return on equity for investors in Africa is 35% to 55%, compared with 5% to 7% in the US and Europe, according to Pan African Research chief economist Iraj Abedian. Abedian says that Africa is best placed to cope with three major global trends over the next decade: the increasing old-age dependency ratio in most of the world, including Europe and China; environmental degradation, evident in more frequent natural disasters; and the changing nature of the workplace, driven by technology.

With its enormous untapped resources, youthful population and expanding middle-class, Africa has now become the favourite destination for foreign investors. Opportunities abound in the agriculture, tourism, mining, and infrastructure sectors, among others. However, with more than 50 countries to choose from in Africa, investors need to narrow their focus somewhat and choose the best locations. In no particular order, these are the countries with the biggest potential for investment opportunities:

Kenya is east Africa’s biggest economy. It has become the hub for the region by completing big infrastructure projects linking itself with other east African countries. This has increased the domestic market for companies based in Kenya to up to 400m consumers. Kenya’s economy has traditionally been driven by agriculture, but it has now diversified into mining, tourism and trade. Kenya prides itself in its large pool of highly educated, skilled workers.

Nigeria is Africa’s most populous country. It is also Africa’s second-largest economy after South Africa, and that economy has gone from strength to strength in recent years. The country is now Africa’s largest beneficiary of foreign direct investment, and economic diversification is well underway. The non-oil sector is growing faster than the oil sector as Nigeria’s population of 170 million starts getting wealthier and consuming more and more.

Rwanda is a small country based mostly around agriculture. For investors interested in agribusiness and service delivery, there are opportunities in milk processing, poultry farming, and juice manufacture. There is also need for investment in telecommunication services and the introduction of technology to enable large scale farming. Rwanda has on average 8% year-on-year GDP growth as well as stable inflation and a stable exchange rate.

Ghana was the first African country to gain independence and since then it has developed a strong economic, social and political environment. Ghana has everything from gold and oil mines to cocoa farms. It has a good educational system and infrastructure, and investors should look to communication technology and the energy sector, including nuclear reactors and geothermal energy.

Uganda has consistently attracted the highest levels of foreign direct investment in the East Africa region over the past five years. It has a predictable investment environment, a fully liberalised economy, good market access, a strong natural resource base and governmental commitment to the private sector. The mining and construction industries are ripe for FDI.

Ethiopia Located in the northeastern part of Africa, Ethiopia is at the cross-roads between Africa, the Middle East and Asia. The country has a relatively stable political and economic environment. It has a large population and thus potentially one of the largest domestic markets in Africa. Ethiopia has attracted significant foreign investment in agriculture and manufacturing.

Algeria with a population of more than 37 million, hydrocarbon wealth, expanding infrastructure needs, and growing consumer demand, Algeria is attracting interest from companies around the world. The climate for foreign direct investment has stabilised in the wake of a series of restrictive foreign investment rules enacted in 2009 and 2010. Algeria has the 10th largest natural gas reserves in the world and is ranked 16th in terms of oil reserves. It offers excellent investment opportunities in mineral exploration and mining in particular.

Zimbabwe: Strategically located in southern Africa, Zimbabwe has a highly skilled and literate workforce and a diversified economy based on manufacturing, services, agriculture, mining and tourism. It is a regional logistics hub supported by good infrastructure, and it is rich in natural resources. Use of multiple currencies minimises exchange risks, and investment opportunities exist in many areas, including tourism, mining, construction, agribusiness, technology, and telecommunications.

Mozambique: As Sub-Saharan Africa’s 10th largest economy, which translates to just under 25 million people, Mozambique’s domestic consumer market is relatively small. However, as a member of the Southern African Development Community, investors in the country gain access to the larger southern African region. Mozambique’s economy and middle class are growing rapidly, and investment opportunities exist such areas as real estate and agribusiness, especially rice farming.

South Africa: South Africa is one of the most sophisticated, diverse and promising emerging markets globally. Strategically located at the tip of the African continent, South Africa is a key investment location, both for the market opportunities that lie within its borders and as a gateway to the rest of the continent, a market of about 1 billion people. South Africa’s large population mean it is ideal for investing in consumer products, real estate, telecommunications and agribusiness. 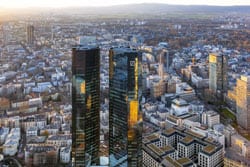