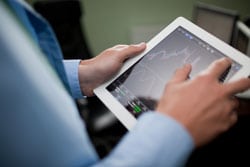 A survey has found that foreign investment in African economies is set to reach a record $80 billion in 2014 as business leaders in developed economies shrug off the recession and emerging markets continue to show a strong interest in African assets. The comprehensive survey was compiled by the African Development Bank (ADB), the United Nations Development Program and the OECD and launched in Kigali on Monday at the start of the ADB’s annual meetings.

However, the report said that foreign-investor interest remains focused on just a few African nations. Last year, “the top six recipients, representing one-third of the continent’s population, received the same amount of foreign direct investment as the remaining 48 countries together”. The top destinations were the continent’s two largest economies, South Africa and Nigeria.

The report noted that most of the overseas private capital was attracted to resource-rich African states but that there are ever-more manufacturing and services projects represented in the mix. Of the total foreign direct investment in 2013, 65% went to resource-rich countries compared with 78% in 2008 as money was increasingly directed to countries without natural resources that presented attractive opportunities in other industries.

African investors also continued to increase their presence on the continent, representing 18% of total investment in new projects in 2012, up from 7% in 2007. Unlike their foreign counterparts, who directed most of their attention to the mining sector, investors African investor preferred financial services, construction and communication projects.

The report found that a blend of foreign direct investment, portfolio investment in stock and debt, growing remittances from workers sending money home and improved tax revenue has meant the continent’s overall dependence on foreign aid will continue to shrink as a proportion of its external financing. Foreign aid as a proportion of total foreign capital inflows to Africa is forecast to decline to about 26% in 2014 from 30% in 2013. However, foreign aid will continue to increase this year, to about $55 billion, and the poorest African nations rely on it to survive.

The report indicates that the continent’s overall economic growth has been outpacing the world’s, but it is very uneven among countries and regions. Economic output for the whole of the continent is expected to grow by 4.3% this year and 5.7% in 2015, but East and West African regional economies are set to grow significantly faster than other regions. 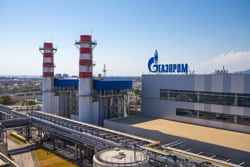