Going Dutch – Eindhoven’s lesson to us all 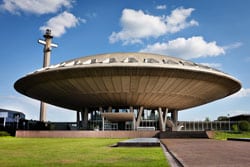 During the mid 1990s, Eindhoven found itself at a crossroads. The two main industries behind the city’s prosperity suddenly diverged. The truck giant DAF imploded and leading electronics manufacturer Philips threw itself headlong into the global economy. What started as a small light bulb factory staffed by local workers was now sourcing its workforce far away from its traditional base.

It was a familiar story across the manufacturing centres of Western Europe. Functional obsolescence, end of an economic cycle, macroeconomic fallout – call it what you will – Eindhoven was looking at travelling the same underemployed route to as Detroit. However, the city avoided most the of post-industrialisation challenges to emerge as one of Europe’s major technology and industrials hub.

What has emerged is an extremely efficient local economy that can compete with anyone, anywhere.

In 2005, a full third of the total amount of money spent on research in the Netherlands was spent in or around Eindhoven. The city is now an exemplary knowledge-based economy, dubbed the smartest city in the world by the Intelligent Community Forum ICF in New York.

Of course, that isn’t to say that Eindhoven’s citizens have the world’s highest IQs. No, the Intelligent Community of the Year award goes to the region that makes best use of ICT and broadband internet. The ICF is a social and economic development think-tank which defines an intelligent community as one that is able to prosper in the ‘broadband economy’ – the organisation’s high-tech alternative term for ‘globalised economy’. Each year the ICF draws up a list of the top 21 smartest areas of the world.

For the past three years Eindhoven and the surrounding region has made the top seven – now the city has made it number one with a bullet. The Eindhoven region generates EUR 24 billion in GDP and EUR 55 billion in exports, which equates to a quarter of the Dutch total. It absorbs 36% cent of all private Dutch research and development spending and is home to globally recognized companies including Philips, the healthcare, lighting and consumer product business.

“Eindhoven is the model for a new way of thinking about collaboration and regional development,” says ICF’s co-founder Louis Zacharilla. “It has developed an ecosystem that links its private sector, government and its academic and creative communities in a way that looks like an economic ‘triple helix.’

“What has emerged is an extremely efficient local economy that can compete with anyone, anywhere. It is focused on what I call ambient innovation. It is constantly creating and redesigning itself based on its goals. It never loses focus. I am pleased that Eindhoven has finally achieved what it has sought, recognition as one of the world’s communities we can all learn from.”

Eindhoven’s Mayor Rob van Gijzel said the award put the city on the map. “It makes you more interesting to other regions and companies. And that creates jobs.” The next step was to convert the region’s knowledge into cash, he said. “Now we also have to become one of the strongest regions economically.”

Previously, the Financial Times proclaimed Eindhoven as the European City of the Future in their category of cities with a population of up to 250,000 inhabitants.
Every two years, the FT’s fDi Magazine ranks the European cities and regions based on their economic performance and cited Eindhoven for its favourable conditions for business development, economic potential and infrastructure.

The qualities they assessed included a favourable environment to attract foreign investors, quality of infrastructure, labour market, various cost factors and the residential and social climate. Eindhoven in the ‘micro cities’ category, up to 250,000 inhabitants, was proclaimed the most business-friendly city in Europe.

Meanwhile, Texas-headquartered computer company Dell has joined Eindhoven’s great and good by opening a new training lab, exclusively for its EMEA channel partners. The new centre is aimed at specialised training courses around Dell Storage Solutions and, nodding at the global appeal of its new venture, is offering a wide selection of languages in which courses will be held. In total, Dell offers 11 new training courses including server, storage, solutions, printers, networking and security.

Of course, this pales into near frivolity when compared to the knowledge-based daddy of them all – Brainport. Arguably the world’s most complete R&D facility, this 1km sq hi-tech campus is the result of a collaborative partnership between Netherland’s state backing and Philips know-how.

Brainport Eindhoven is effectively a breeding ground for innovation and the home base for companies, and world-class knowledge and research institutes. The growing concentration of top technology and knowledge industry is closely connected with the very diverse manufacturing industry in the region.

The facilities’raison d’etre is to conceive and manufacture the technology of the near future; “the equipment that will contribute to a safe, green, and caring society and to sustainable economic development,” according to Brainport’s mission statement. A noble undertaking if ever there was one.

The facility’s strap line maybe explicit, but Brainport’s geographic boundaries are slightly more difficult to define. Though the Brainport campus is contained with 1km sq, with cutting edge laboratories, equipment and infrastructure, sports facilities, amenities and shops and a community of 8000 researchers, the Brainport concept is much bigger than that. The Eindhoven region is a network economy with numerous partnerships across regional boundaries and international frontiers.

At one time, the prospect for Eindhoven was looking quite grim. Not anymore – the future’s so bright you’ve got to wear shades.

Rob van Gijzel, mayor of Eindhoven and chairman of Brainport puts things into perspective: “Companies in Eindhovem increase the speed and impact of their innovation by sharing and expanding knowledge with other high-tech business,”

It’s conceptual cloud sourcing stuff – a hive mentality, if you will – but one that’s rooted in pragmatism with a proven track record of getting things done. Thankfully, the world is starting to take notice… 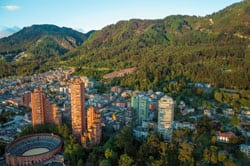