Double Irish with a Dutch Sandwich 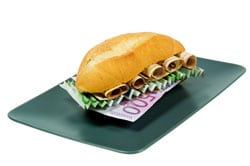 Welcome to the world of tax avoidance. Multinational companies do it, small companies do it, individuals do it, and possibly birds, bees and educated fleas do it. The issue has hit the headlines in a big way recently though because of sheer scale of aggressive avoidance being employed by such household names as Google, Apple, Amazon and Starbucks. These companies are making enormous profits and are opting, legally, to give as little back as possible in the form of tax. This raises ethical issues, and it is now prompting governments to consider taking preventative action.  So how is it done? A tax avoidance technique now commonly employed by large corporations is called “Double Irish with a Dutch Sandwich”.

This involves the use of a combination of Irish and Dutch subsidiary companies to shift profits to low- or no-tax jurisdictions. Profits are sent first through one Irish company, then to a Dutch company and finally to a second Irish company headquartered in a tax haven.  The arrangement relies on the fact that Ireland uses territorial taxation and hence does not levy taxes on income at subsidiaries of Irish companies that are outside of Ireland.

According to Ireland’s Sunday Independent, Google Ireland had a turnover of €47.44 billion between 2005 and 2011 but paid a total tax bill of just €69.91 million. Irish law makes it difficult for Google to send the money directly to Bermuda without incurring a large tax bill, so the payment makes a brief detour through the Netherlands, as Ireland doesn’t tax certain payments to companies in other European Union states. Once the money is in the Netherlands, Google can take advantage of generous Dutch tax laws. Having no employees, Google’s Dutch subsidiary is just a shell, and it passes on about 99.8 percent of what it collects to Bermuda. The subsidiary managed in Bermuda is technically an Irish company, hence the “Double Irish” monicker.

Apple also takes the Irish route. Apple Operations International, which from 2009 to 2012 reported net income of $30 billion, is registered in Ireland but has no physical presence there, and it paid no corporate income taxes to any national government for five years. Apples Sales International does make an Irish tax return. It generated around $74 billion in profits but paid very little tax on the vast bulk of those funds. Apple has confirmed that two of its Irish subsidiaries pay around 2% in tax, but the company rejected claims that its Irish operation was used to avoid liabilities in the U.S.

The U.K. arm of internet shopping giant Amazon paid corporation tax of just £2.4 million in 2012 despite earning sales of £4.2 billion. Amazon employs thousands of people in the U.K., and consumers buy from the company’s U.K. website and the items are delivered from British warehouses. However, sales go through its European headquarters in Luxembourg, where the tax rate is significantly lower than the 25% in the U.K. Amazon pays tax only on its U.K.-based operations, which is called an “order fulfilment” service. That is, a man-in-a-van delivery service.

Starbucks has paid only £8.6m in corporation tax in its 14 years of trading in the UK, and nothing in the last three years. Starbucks says this is because it had made a profit in only one year in Britain, though it also admits that its British business has made large payments for coffee to a profitable Starbucks subsidiary in Switzerland and large royalty payments to another profitable subsidiary in the Netherlands for use of the brand and intellectual property. Although Starbucks denies using tax havens, it admits to having negotiated a secret low rate of tax with the Dutch government for its subsidiary in Amsterdam. In the face of intense criticism, Starbucks has recently announced that it will now pay corporation tax in the U.K.

Google chairman Eric Schmidt, however, ruled out following Starbucks in voluntarily handing more money over to the U.K. government. Schmidt says that tax avoidance schemes are legitimate and Google pays taxes in the legally prescribed ways. “I am very proud of the structure that we set up. We did it based on the incentives that the governments offered us to operate,” he told the BBC. He went on to suggest that Google would not turn down the opportunity to draw on the big savings allowed under the law in the countries it operates in: “It’s called capitalism. We are proudly capitalistic. I’m not confused about this.”

Apple co-founder Steve Wozniak recently told a conference in Northern Ireland that he thought it was “ethically wrong” that Apple did not pay more in tax. Wozniak, who founded Apple with the late Steve Jobs in 1976, said he didn’t blame the management of Apple for the low rates of tax the company pays across its international operations. “Apple is not to blame – the system is to blame,” he said during the conference.

At a time when government spending cuts are having a real impact on the everyday lives of people, is it justifiable that multinational corporations can avoid paying their fair share of taxes? In the U.S., corporate tax generated 32.1% of all federal taxes in 1952. Today, that proportion has fallen to a paltry 8.9%. A similar trend is occurring in the U.K. And at a time when the burden of government debt in much Western Europe is rising, the idea that big companies aren’t paying their way is becoming increasingly disagreeable to many. European countries between them are losing about €150 billion through corporate tax avoidance.

The EU commissioner responsible for taxation Algirdas Šemeta is pressing for action now. He is proposing an initiative called the Common Consolidated Corporate Tax Base. Under this plan, each multinational corporation operating anywhere in Europe would be required to declare a figure for its total profit across the EU. That profit would then be allocated to member countries for taxation according to a formula based on the company’s sales, employees and investments. A similar model has been in place in the U.S. for decades and has made profit-shifting across states a pointless exercise. To implement such a plan, however, agreement would be required from all EU countries, and according to Šemeta, some countries, including the U.K., are not prepared to give their consent. 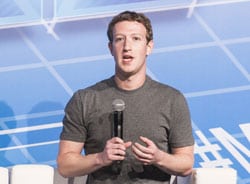