The public chuckled about the plight of the Beverly Hillbillies – those impoverished rustics turned gazillionaires, rich beyond imagination by the mere fact that their humble farm was sat on an oil reserve.

It was funny because it was true – large swathes of USA actually did strike oil; and once they’d got the Great Depression out of their system, Americans drove around in cars as big as boats, with huge grins, and smoking enormous cigars.

Then in 1973, the oil crisis ruined the party. Oil wasn’t a joke anymore. OPEC’s Arab members objected to the US decision to re-supply the Israeli military and promptly declared an oil embargo. The Arab countries had more oil that anyone else and realised they could call the shots. They boosted the price by 70%, and barrel prices quadrupled over the next 12 months.

The US quickly understood why seeing to the needs of Saudi Arabia was A Very Good Thing. Well, once economists joined the dots between 1973’s Oil Price Shock and the proceeding stock market crash, that is.

Things ticked along nicely again in America – largely because a mandatory 55 mph was imposed as an emergency energy saving measure. But by 1980, the full-size gas-guzzler was a thing of the past. Even NASCAR race organisers also reduced their distances by 10% and the 24 Hour Daytona race was cancelled.

Then in 1979 there was a revolution in Iran – the Shah was booted out – and Iranian oil production was suspended, Iraq piled on the pressure and invaded Iran. These two warring nations accounted for 6% of global production and the price of oil shot up again.

By 1980, the full-size gas-guzzler was a thing of the past. Even NASCAR race organisers also reduced their distances by 10% and the 24 Hour Daytona race was cancelled.

Yes, you guessed it – recession hit once more in 1980. This caused a contraction in energy consumption, which created a surplus of crude oil and price crash that lasted for the duration of the 1980s. Happily, this created booming economies …until Iraq, who’d patched up their differences with Iran, invaded Kuwait in August 1990. The global economic cycle had peaked a month earlier.

And once again, Iraq and Kuwait’s combined 9% share of global oil production being stemmed overnight stoked a recession. A bit like a game of snakes and ladders.

A decade later, at the height of the Dot.Com bubble strong demand from China caused oil prices to rise by 38%. There was no war this time, but recession ensued – the US’s tenth since WW2 – and trouble was just around the corner…

After 9/11, the general strikes in Venezuela were followed by the Invasion of Iraq and the start of the second Gulf War; oil prices rose by 27%. But the spike was brief and had little effect on the global economy – which, as we know, went into overdrive for the next five years, binging on cheap credit.

In fact, the IMF estimated that global GDP grew at an average annual rate of 4.7% between 2004-05. But the world’s fuel consumption also expanded by 3% and the price of oil steadily increased without a corresponding increase in production.

Instability in Nigeria and Iraq conspired with falling supplies from the North Sea and Mexico, and even Saudi Arabia – who was responsible for 13% of world supply in 2005 – reduced their supply by nearly 1m barrels a day by 2007.

…Unfortunately, the business cycle had already peaked at the end of 2007. It was a disaster waiting to happen – as California Economist, James Hamilton notes: “The oil price spike of 07-08 was the biggest in postwar experience, and the U.S. recession that began in December of 2007 was the worst in postwar experience.”

The new year with oil peaking in June 08 saw financial institutions begin to wobble – Bear Stearns, early on in the year before Lehman Brothers, Merrill Lynch, Fannie Mae, Freddie Mac, Washington Mutual, Wachovia, and AIG came crashing down and brought the whole house of cards with it.

Hamilton concedes that the financial crisis rather than any oil-related disruptions were the leading contributing factors in that downturn.

Of course, other commodities boomed at the same time as oil – including copper, which had risen nearly 500% in the decade up to 2008. But this doesn’t negate the trend that when oil prices spike, recession follows.

…But here we are again with prices at their highest close in two-and-a-half years as Libya’s conflict and Middle East unrest sparked fresh worries about supplies. 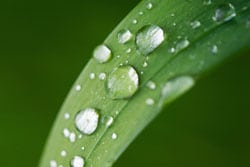