TIME TO LOOK AT EMERGING MARKETS 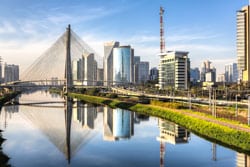 Emerging markets” is an expansive one. It can encompass everything from behemoths China and Brazil to up-and-coming Mexico and the testing frontiers of Africa. The appeal for investors is stronger growth and younger economies than typically found in the developed West, and emerging markets have delivered decisively on this over the past ten years. The trade-off for this growth is higher volatility and more risk. Emerging-market investments tend to suffer in the short term when turbulence hits, but in the long run they are tipped to outperform. Around 70% of world growth over the next few years is expected to come from emerging markets, with China and India due to account for 40% of that growth. Most emerging markets have young working age populations that can contribute to the economy and keep retirees’ pensions topped up. Traditionally, most investors buy stocks of European, Japanese and US companies, which account for nearly half of the world’s market capitalisation.

However, this is changing: luggage maker Samsonite recently opted to list its shares on the Hong Kong stock exchange rather than on the NYSE.

Companies are listing in the countries that they see as essential to growth even if they are not based there. According to JP Morgan Asset
Management, which manages a host of investment funds across the world, it is now (August 2014) one of the best times ever for investors to buy into these less ripe economies. Emerging-market stocks often trade at lower valuations than those in developed markets, but the size of the current differential is unusual. The price-earnings multiple of emerging-markets stocks was recently 13.4x compared to 18.4x for the US, a five-point spread that is twice the average of the past five years.

According to the International Monetary Fund’s April 2014 forecast, advanced markets – a group that includes the US, Japan and most of Europe – are expected to generate GDP growth of 2.2% and 2.3% in 2014 and 2015, respectively, a slower rate of increase than emerging and developing economies’ growth forecast of 4.9% and 5.3%, respectively. Thus, poised to benefit from the stronger global growth outlook and coupled with the current low valuations, emerging-market equities are considered very attractive by many analysts.

Emerging markets success is not guaranteed, and risk varies throughout this broad category. An overall emerging markets fund will be spread across a variety of countries and continents, while others are region, country or sector specific. Some analysts warn against single country funds, which for example buy shares only in China or India, and instead favour funds with a wider remit across emerging market regions. The benchmark FTSE Emerging Markets Index has flourished in 2014, returning 7.99%. It lost 3.79% in 2013, while indexes tracking developed markets in the US and Europe rose to new highs. In a sharp about-turn, it’s now beating them.

However, there are investors who do want to allocate between different markets rather than simply leaving it all to a global emerging markets manager or tracking an index. Simon Crinage, head of investment trusts at J.P. Morgan Asset Management, says that one means to take more targeted exposure to emerging markets is through specialist single country emerging market trusts, which can either be used in addition to a generalised emerging market fund to take greater exposure to certain markets or can be a means to shape a tailor-made emerging markets portfolio, allowing investors to select the markets they like and avoid the riskier areas.Crinage says that taking advantage of local opportunities is a reason to make selective use of single country investment trusts.

A generalised global emerging markets fund will probably have a higher weighting to financials – it is around 25% of the MSCI Emerging Markets index. Investors who desire to balance that exposure could look at trusts focused on those countries with a developing consumer economy, for example. Thus, single country funds could be a useful tool, but they can be riskier than other approaches because the value of the fund can vary in value more frequently and by larger amounts than funds that are spread more widely, especially in the short term.

Whichever option you choose for investing in emerging-markets stocks, be prepared for volatility. Almost all the gains in emerging markets this year came in Q2, largely driven by bullishness on China. Currency fluctuations can impact the total return of investment, and emerging markets are generally less liquid than those found in the developed world. In addition, risk can arise from uncertainty regarding adverse political decisions. Investing in emerging markets can produce substantial returns to a portfolio, but investors must be aware that all high returns must be judged within the risk and reward framework. 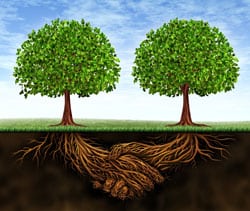