While received wisdom tells us electric vehicles (EVs) are cleaner and greener than their fossil fuel powered counterparts, this established narrative masks a much more complex and less binary reality.

The EV landscape needs to be looked at in its entirety to encompass not simply the end user experience but the whole picture. Regulators and investors now have increasing expectations and demand that supply chains and the production process be rid of dirty materials too.

This has generated a great clamour for solutions to this quandary in the EV arena, with numerous companies competing to capitalise on it.

“It is fair to say that those companies able to show a comprehensive and viable road map to net zero will be top of carmakers’ lists of those they want to do business with.”

One such company is the UK’s Advanced Electric Machines (AEM), which has teamed up with Volkswagen’s Bentley brand, amongst others, to develop rare earth-free, recyclable motors, which have traditionally been produced using polluting chemicals.

The rationale behind these efforts is a belief that customers are looking for a cost-effective, sustainable alternative to internal combustion engines minus the rare earths.

The European Union is mulling over the enactment of new laws demanding ethical sourcing and a recycling plan for EV batteries in addition to charging for excess carbon on imports. This comes on the heels of its announcement of draft laws to enforce net-zero emissions targets. Cumulatively, this activity is working to draw the spotlight on to supply chains as never before.

At a global level, meanwhile, there exists the prospect of national carbon taxes, which for those automakers late to the party, could prove incredibly costly. To add green insult to their injury it is indisputable that financiers and investors now favour companies with robust environmental, social and governance (ESG) credentials, with this trend only set to get more profound. 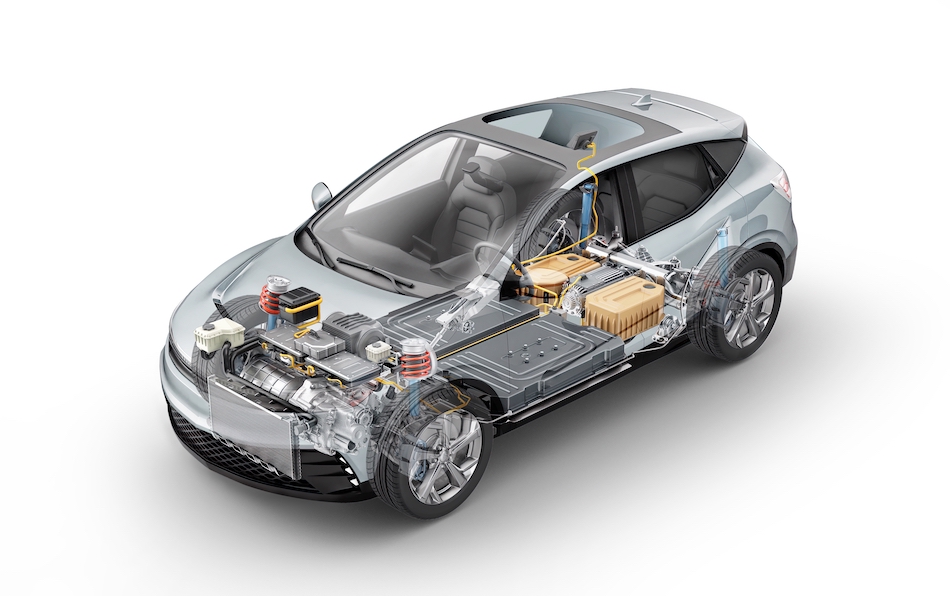 With countless companies competing for pre-eminence across a range of EV technologies bound together by the quest for commercially viable greener, cleaner more energy-efficient solutions, the space is a crowded one. It is also ever evolving and companies risk backing a technology that looks promising today, yet could easily be superseded tomorrow by a more advanced, better solution, or maybe one just better presented. Investors won’t be backing all of them.

It is fair to say that those companies able to show a comprehensive and viable road map to net zero will be top of carmakers’ lists of those they want to do business with. For they have been charged with the tasks of both sourcing less environmentally destructive battery chemistries, as well as applying cleaner processes to anything needing to be manufactured.

Reducing carbon from the supply chain has become a key part of any car manufacturer’s carbon reduction strategy. BMW is one such company and has struck deals with its full portfolio of battery suppliers and many of its steel and aluminium ones to ensure that materials are made using renewable energy.

With such action, it is anticipated the German titan’s carbon footprint can be reduced to nine tonnes per vehicle by the end of this decade, compared to double that in the event no action was taken.

The issue with EVs is how carbon intensive they are to make in the first place. In short, they need t be driven for several thousand miles before they can be considered less harmful to the environment than the thirsty pantomime villains they are designed to replace.

With this in mind, it is small wonder there has been such a surge in demand for the likes of aluminium over steel from carmakers seeking less heavy and greener materials, with the competition for first mover advantage intense.

Alongside this, there is an acknowledgement from all stakeholders that voluntary commitments to date have been inadequate statements lacking teeth, with many such carmakers’ corporate sustainability efforts falling under the greenwashing umbrella.

To catalyse that which needs to happen then and to ensure greater transparency and accountability, there needs to be firmer encouragement, and this will likely take the form of carbon taxes.

Moreover, investor financing is ever more linked to monitorable ESG targets and being able to identify the provenance of supplies is a key part of this. Those companies within the auto industry that can demonstrate their capacity to fulfil the requisite ESG criteria will be best placed to take advantage when it comes to raising capital. And, there are a lot of asset managers’ investor dollars for the taking for those ESG compliant companies that recognise this.

With the sun soon to set on the incumbent state of affairs where fuel taxes underpin exchequers, carbon taxes stand ready in the wings as an essential component in the roadmap to net zero. Not only would they generate noteworthy government revenues, but they would also incentivise companies to go green, by hitting them where it hurts and so acting to remove carbon from the supply chain.

When looked at through a geopolitical lens, the quest to reduce reliance on rare earth metals also serves to reduce reliance on China, a highly appealing strategic move for Western governments. This is because China controls 90 percent of the world’s supply, while it also dominates the export of graphite, essential for anodes for EV batteries. And, being China, this is generally produced using electricity generated from coal, which these days is a dirty secret uttered only in hushed tones.