From the Margins to the Mainstream: Marijuana 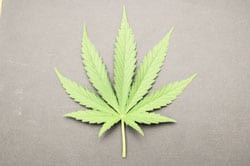 With recreational marijuana use permitted in a number of US states, cannabis is moving from the margins to the mainstream of society.

It’s rapidly shedding its image as the drug of choice for disillusioned, disenfranchised stoners, and coming to be seen as a sophisticated inebriant  for the open-minded and curious. And with its entry into the mainstream, there are big business opportunities that early movers are already beginning to exploit. When something exists undisturbed for long enough on the margins of society, it’s only a matter of time before it becomes tolerated – if not quite accepted outright – by the mainstream.

That’s the theory, at least. While the jury might be still out on certain half-marginal, half-mainstream industries – such as, for instance, the pornography industry – the indications are that the recreational marijuana industry is on the brink of joining the establishment.

In both Colorado and Washington, decriminalisation of the recreational use of marijuana industries has given rise to burgeoning pot industries, while Alaska and Oregon recently passed similar measures. The moves have been cautiously welcomed by the federal government, which, by all accounts, is keeping a close eye on the experiment pans out. So far, so good.

“In both Colorado and Washington, decriminalisation of the recreational use of marijuana industries has given rise to burgeoning pot industries.”

In Colorado, which was the first state to legalise marijuana, things have actually gone better than expected. Contrary to what opponents of legalisation predicted, the fabric of society has remained happily intact and the sky hasn’t fallen. In fact, according to Colorado police, very little has changed. Prior to legalisation, incidences of impaired driving, property crime violent crime were all in decline – and these trends have continued post-legalisation. And, bizarrely, drug use among young people has actually declined. On the upside, legalisation has created thousands of jobs as tourists from throughout the US and beyond visit Colorado’s marijuana outlets. In the first 12 months, the state of Colorado has collected an estimated $60 million in tax revenue from legal sales of marijuana.

In tandem with the legal changes, a new breed of entrepreneurs – the so-called ganjapreneurs – has emerged, seeking out opportunities to commercially exploit the new legal situation. The talk is that, in time, marijuana products will be just as mainstream as alcohol. And these new companies intend being ready to exploit the opportunities that accompany this development.

One such company is Colorado-based Dixie, which produces a novel portfolio of what is describes as ‘innovative, safe, effective and delicious cannabis products’ – everything from THC-infused truffles to bath soaks to elixirs. While a lot of Dixie’s products are intended for seasoned marijuana users (such a range of elixirs that contain 75mg of THC per ‘serving’), it has noticed a growing demand for lower-dose or entry-level products. Its DixieOne watermelon cream-flavoured elixir contains just 5mg of THC per serving. In some of the company’s locations, this 5mg option is outselling the 75mg option, which came as a surprise to the company – and, more to the point, gave an indication as to how many of its customers are new, curious or inexperienced cannabis users. These are users who would never have considered consuming such a product while marijuana use was illegal.

Recognising the likely source of future growth, most producers of marijuana products are focusing primarily on casual users, which means milder, lower dose products. The belief is that regular, committed marijuana users constitute a relatively small market, while the casual market has massive potential for growth and development.

Moreover, while the recreational marijuana market is currently limited to small number of US states, the Netherlands and Uruguay, the expectation is that more US states and countries will follow suit and legalise the substance in the coming years.

All of this points to marijuana going mainstream. In roughly a decade in the US, the stigmas and stereotypes have largely dissolved in what has been one of the most profound social shifts ever. And now, in places where marijuana has been legalised, marijuana products are slowly coming to be regarded as quasi-respectable alternatives to alcohol or tobacco. That’s not to say, of course, that mass appeal is just around the corner, because, in all likelihood, it’s not – the middle ground might be ready to tolerate marijuana use, but it’s not yet ready to embrace it. Nonetheless, it’s a buoyant, emerging market with massive potential. 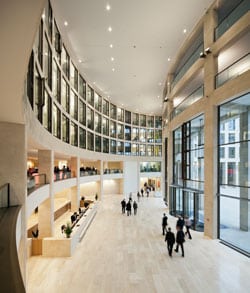 The Next Generation of High-Rise
jamieharrison 2nd June 2015