CAMBRIDGE, Mass. — ImmusanT, Inc., a company focused on restoring tolerance to gluten and overcoming the need for gluten-free diet in patients with celiac disease, today announced the publication of an article online in the journal Gastroenterology that details new research comparing the T cell response to gluten in children and adults with c According to researchers, the recognition of gluten peptides by T cells in children with celiac disease is similar to that of adults, supporting the notion that peptide-based diagnostics and therapeutics currently under development by ImmusanT for adult patients may also be used for children. The international team who led the study included the company’s collaborators at the Walter and Eliza Hall Institute (WEHI) of Medical Research in Australia: Melinda Hardy, Ph.D., and head of celiac disease research, Jason Tye-Din, Ph.D. ImmusanT’s chief scientific officer, Bob Anderson, M.D., Ph.D., is a senior author of the recently published manuscript.

“This study demonstrates that, worldwide, most children and adults with celiac disease have very similar immune responses to gluten,” said Leslie Williams, president and CEO of ImmusanT. “We will continue to pursue development of celiac disease diagnostic, therapeutic and preventive strategies that focus on gluten peptides consistently recognised by T cells, with the fresh knowledge that these advancements could be capable of reaching most people with celiac disease, regardless of their age.”

In the study, more than 40 children between three and 18 years of age were given a three-day oral wheat challenge, at which point their immune response was analysed to determine recognition of specific gluten peptides. Study results indicated that T cell recognition of wheat gluten epitopes in children with celiac disease did not differ significantly from that of adults.

“Contrary to the prevailing theory, and to our surprise, we found that children reacted to the same key peptides of gluten that we had previously identified as toxic in adults with celiac disease. The results of this study suggest that diagnostic tools and treatments currently being developed may be applicable in celiac disease patients of all ages,” said Tye-Din.

One such treatment, Nexvax2®, is a disease-modifying immunotherapy comprised solely of three gluten- derived peptides in saline being developed by ImmusanT to enable patients with celiac disease to enjoy a diet containing gluten by tolerizing, or reprogramming, their immune system to tolerate gluten. Nexvax2 will soon enter phase 2 clinical trials. ImmusanT is also developing a noninvasive, standalone blood-based diagnostic for celiac disease and a companion diagnostic designed to identify patients most likely to respond to Nexvax2.

Celiac disease is a T cell-mediated autoimmune-like disease triggered by the ingestion of gluten from wheat, rye and barley in genetically susceptible individuals. A gluten-free diet is the only current medical treatment for this disease. The community prevalence of celiac disease is 0.7 percent in the U.S., but over

80 percent of cases go unrecognised. When a person with celiac disease consumes gluten, the individual’s immune system responds by triggering T cells to fight the offending proteins, damaging the small intestine and inhibiting the absorption of important nutrients into the body. With no available drug therapy, the only option for the approximately one percent of the global population that has celiac disease is to eliminate gluten from the diet. Compliance is often challenging, and nearly half the people on the strict elimination diet still have residual damage to their small intestine.

Undiagnosed, celiac disease is a major contributor to poor educational performance and failure to thrive in children. Untreated disease in adults is associated with increased risk of fractures and osteoporosis, problems during pregnancy and birth, short stature, dental enamel hypoplasia, dermatitis, recurrent stomatitis and cancer.

ImmusanT is a privately held biotechnology company focused on restoring tolerance to gluten in celiac disease by harnessing new discoveries in immunology that aim to improve diagnosis and treatment and return patients to a normal diet, good health and improved quality of life. The company is developing Nexvax2®, a therapeutic vaccine for celiac disease, and a companion diagnostic and monitoring tool to improve celiac disease management. ImmusanT’s targeted immunotherapy discovery platform can be applied to a variety of epitope-specific autoimmune diseases. Founded in 2010, ImmusanT is backed by Vatera Healthcare Partners. More information may be found at www.ImmusanT.com, or follow ImmusanT on Twitter.

Previous Article
Presentation for the launch of the final BEPS package by the OECD
Next Article
BEPS – The impact in the Boardroom? 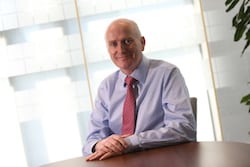 BEPS – The impact in the Boardroom?
Martin Lambe 12th November 2015