While the establishment maintains that man-made stones are nothing more than low-grade fakes that won’t ever be serious contenders, industry observers aren’t so sure. It’s starting to look like man’s genius has finally matched nature’s brilliance.

While they don’t have the aura or prestige of the real thing, man-made synthetic diamonds – produced in laboratories by superheating carbon seeds in microwave chambers until they form into a plasma ball – still have a lot going for them. For one, lab-produced diamonds are a lot cheaper than natural diamonds. And, unlike natural diamonds, they’re not tainted with uneasy links to the so-called “blood diamond” trade. Not just easier on the pocket, they’re easier on the ethical conscience, too And best of all, it’s almost impossible to tell the difference between a synthetic and a real diamond.

Current estimates indicate that synthetic diamonds make up only around 0.25% of the $80 billion global diamond market but those in the know say consumer demand – and interest – is growing at breakneck speed.

Explosion in a diamond open mine

A big factor in the growing prominence of synthetic diamonds is the campaign against what are variously known as conflict diamonds, war diamonds or blood diamonds. These are diamonds that are mined in warzones and sold to finance warlord’s activities, including torture, abuse and genocide. It’s said that almost four million people died in devastating wars – largely financed by sales of diamonds – in Angola, Sierra Leone and the DRC. Despite pledging to deal with the problem, it’s generally recognised that the diamond industry isn’t doing to enough, while the diamond retail sector has, according to Amnesty International, failed absolutely to implement measures to assure consumers that the diamonds being offered for sale are not conflict diamonds. For consumers who care about this issue – and, it has to be acknowledged, not all do – it’s hard to escape the conclusion that the only way to be sure a diamond is free of ethical taint is to opt for a lab-grown, synthetic diamond.

Lab-grown diamonds have exactly the same physical characteristics and chemical composition as natural diamonds. Even a seasoned expert can’t tell the difference with the naked eye between a synthetic diamond and one that’s been mined. This is where lab-grown diamonds differ from things like cubic zirconia and other diamond simulants, which imitate the look of a real diamond but don’t have the same chemical composition. The only difference between a real diamond and a lab-grown one is their respective origins – and the fact that one took millions of years to form, while the other came out of just a few days of careful supervision in a laboratory.

Even for consumers who couldn’t care less whether their money is indirectly going towards funding brutal conflicts in central or western Africa or the environmental impact of mining, the price of a lab-grown diamond makes it worth considering. Although it depends on the shape, colour, clarity, cut and carat, a lab-grown diamond retails for anything up to 30 percent less than a mined diamond. When it’s impossible to even tell the difference, it’s hard to justify paying a premium for the real thing.

This is something that a number of big – and influential – retailers in the US, in particular, have already recognised. You won’t find man-made diamonds on sale in Tiffany & Co., for example, but you will them on sale in Wal-Mart and Helzberg Diamonds.

Local people working in the diamond mine in Ilakaka Madagascar

It all comes down to two opposing perspectives on whether or not synthetic diamonds are a genuine alternative to natural diamonds. Predictably, the big names in the global diamond market dismiss any suggestion that synthetic gems will ever be regarded on a par with the real thing. According to De Beers, man-made diamonds are in competition with costume or fashion jewellery (a polite way of calling them junk or fake). A man-made diamond doesn’t have the inspirational and unique narrative that a real diamond embodies, says De Beers.

Not everyone agrees, though. Earlier this year, Citigroup’s Citi Research published a report entitled Disruptive Technology in Mining that identified synthetic diamonds as one of the “disruptive technologies” that could fundamentally impact upon the mining industry in the coming years. The report stated that lab-grown diamonds are a growing threat to the diamond industry – even if the industry itself refuses to acknowledge it – and that the hope within the industry is that consumers will never come to regard these man-made alternatives as “proper diamonds”. It suggests, however, that instead of rejecting lab-grown diamonds, consumers are, in fact, albeit slowly, rejecting the notion that these synthetic alternatives are nothing more than low-grade substitutes for the real thing.

If this fundamentally is what the diamond industry’s defence relies on, it secured a notable marketing win a few months ago. In July, the International Organization for Standardization issued a new rule dictating that the unmodified term ‘diamond’ can only be used in reference to natural diamonds. When marketing man-made diamonds, one of the terms ‘laboratory-created’, ‘laboratory-grown’ or ‘synthetic’ must be used. In a measure of the unexpected stringency of the new standard, even the already commonly-used abbreviations ‘lab-grown’ and ‘lab-created’ are forbidden. And manufacturers are not permitted to use terms such as ‘natural’, ‘real’, ‘genuine’, ‘precious’, ‘cultured’ or ‘cultivated’ when describing a lab-grown stone.

“The majority of consumers have told us during extensive independent research that they want the real thing and aren’t prepared to settle for anything less,” says De Beers, one of the world’s leading names in diamond exploration, mining and retail. And, it might add, the real thing doesn’t come from a laboratory. Others maintain that consumers care a lot more about where the diamond came from and whether it can be worn with a clear conscience.  The price difference – and the fact that even experts can’t distinguish between a real and a synthetic diamond – is a pretty significant point, too. Despite its assured dismissals, the mined diamond industry seems a little anxious as to where things are going. The future, very possibly, is man-made. 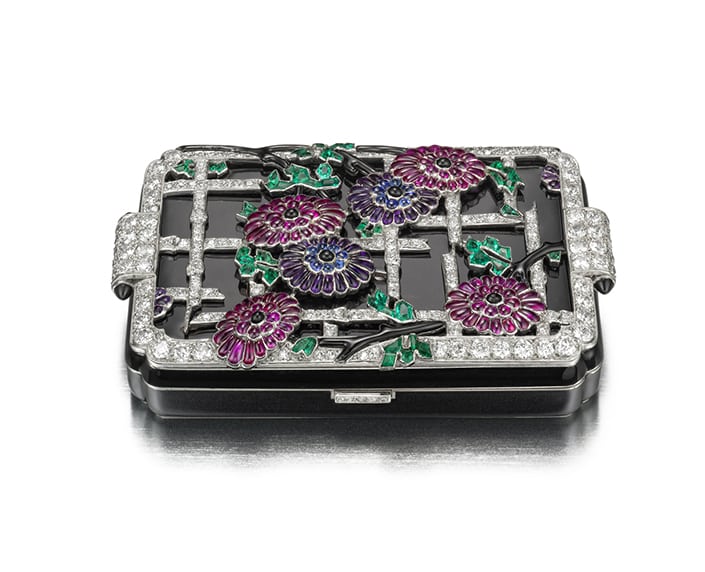