The New Landscape of International Tax 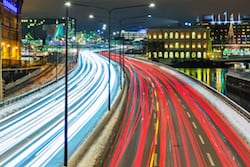 The changing global landscape of international tax entail challenges for multinational companies in adjusting and adopting their investment approach to the new regulatory environment.

There are currently several ongoing regulatory changes within the international tax area.

The OECD base erosion and profit shifting project (BEPS) – initiated in 2012 – is looking at whether and why multinational corporations’ taxable profits are being allocated to locations different from those where the actual business activities take place. A BEPS action plan was published by the OECD in July 2013. The main purposes of the BEPS action plan is to

– ensure that companies are taxed in the countries in which they are conducting their business activities, and

– prevent double non-taxation as a result of gaps in the interaction between domestic tax systems.

The action plan includes 15 action points within areas such as hybrid arrangements, interest and other financial payments deductions, transparency, substance and transfer pricing. The OECD issued its final reports on 5 October 2015.

On a regional level the EU has in July 2014 implemented changes to the EU’s Parent-Subsidiary Directive. In brief the main purpose of the Parent-Subsidiary Directive is to exempt dividends and other profit distributions paid by subsidiary companies to their parent companies from withholding taxes and eliminate double taxation of such income at the level of the parent company. The purpose of the recently implemented changes is to counteract the effects of mismatches resulting from the differences in the tax treatment of hybrid loans. The changes imply that EU member states are obligated to refrain from taxing profit distributions to the extent such distributions are not deductible by the subsidiary and tax profit distributions to the extent such distributions are deductible by the subsidiary. The changes are to be implemented by the EU member states at the latest on 31 December 2015. It has also been proposed to introduce a general anti avoidance rule in the Parent-Subsidiary Directive.

“Tax legal advice is as important as it has always been – if not more important.”

Changes in the regulatory environment can also be found on a country level. Prior to 2009 there were no limitations on interest deductibility in Sweden. In 2009 rules were introduced implying restrictions on deductibility of interest on intra-group loans used for intra-group acquisitions of shares. As of 2013 the rules have been tightened and the main rule is currently that interest on intra-group loans is non-deductible – regardless of the purpose of the loan. There are two exceptions to this main rule, so far the Swedish tax agency has taken a restrictive approach towards applying these exceptions. The Swedish courts have yet to assess the new rules. In June 2014 there were new rules regarding interest deductibility in Sweden proposed by a government appointed committee. The main rule in the proposal is that interest expenses – applying to interest on both intra-group loans and external loans –  and other financial expenses are non-deductible to the extent they exceed interest income and other financial income. Interest expenses and other financial expenses are accordingly only deductible to the extent there are corresponding amounts of interest income and other financial income. A standard financial deduction – financial allowance – is also proposed. The financial allowance equals 25% of a company’s taxable profit. It has also been proposed that tax losses carried forward in a company as per 31 December 2015 will be subject to a 50% reduction. The proposal has in general been met with considerable criticism. In April 2015 the Swedish Government announced that they will adhere to the work done by OECDs BEPS project and the recommendations on best practice for limitation on interest deductions (action 4) and that new Swedish rules should be enacted as from 1 January 2017. The outcome of that announcement is still to be seen but the expectation is that Sweden, like many other countries, may introduce rules limiting interest deduction to a certain ratio to EBIT/EBITDA (e.g. 10 – 30%).

Challenges with these changes

“The ongoing discussions about fair share of taxes and corporate social responsibility add a new dimension to the dynamics of the international tax environment. “

Regulatory changes are not the only changes currently taking place in the international tax world. There are also fairly new discussions regarding the tax – taking into consideration not only what is required according to the applicable laws and regulations and general tax avoidance rules – companies should be paying. These discussions concern whether globally present companies are paying their “fair share of taxes”. The focus here is not whether these companies are following the relevant tax laws and regulations but whether they are paying a reasonable amount of income taxes considering their income. One example of this can be seen in the British parliamentary questioning regarding multinational companies’ business activities in the UK in relation to the amount of corporate income tax paid in the UK.

In the same context there is also a focus on corporate social responsibility (CSR). The view that is being expressed in this regard is that companies should consider their obligation to pay taxes in the same way as they consider their environmental and ethical obligations. In Sweden these discussions have also become relevant at the level of the Swedish tax agency which in its activity plan for 2014 stated that it will act towards companies developing their own tax policies.  Development of tax policies is in the view of the Swedish tax agency a way for a company to look after its brands and take social responsibility. The tax policies should according to the Swedish tax agency be an equally integral part of CSR work as having environmental policies and ethical guidelines.

In our work as tax advisors at PwC Sweden we notice the impact of both the regulatory and behavioral changes on our corporate clients. We see these changes materialize in various ways.

We are as always being asked to provide our professional advice on the application and interpretation of tax law. However we are also being asked to express our view on future possible changes of the tax regulations as well as the probability of such changes being implemented. It is also of increased interest for our clients to know what is going on in other countries in the tax regulatory environment.

At the same time we are being asked what the current discussions within the tax environment are with regard to fair share of taxes and corporate social responsibility. The requests for developing tax policies and guidelines are more frequent. Companies’ interest in tools for monitoring and managing tax risk with efficient processes is also increasing.

Tax legal advice is as important as it has always been – if not more important. At the same time we see a simultaneous focus on the general approach towards taxes. The corporate leaders currently have a difficult balance to maintain. An increased tax cost would normally be expected to negatively impact a company at the same time as tax management impacts a company’s reputation. The reality is that tax is a cost and at the same time an obligation. A successful tax strategy will balance the regulatory and behavioral aspects in a sustainable way. Following the implementation of the ongoing regulatory initiatives the regulatory and behavioral aspects of the tax environment may be more aligned than currently and discussions shift towards more focus on the new regulatory framework.