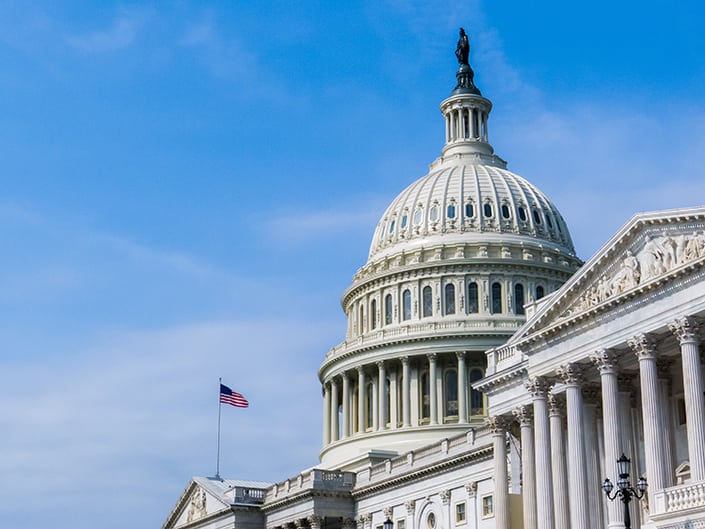 By now you’ve certainly heard a lot about the major changes, as well as some of the immediate impacts of US tax reform (“tax reform”). But the headlines don’t tell the full story – some of the most impactful changes lie deep beneath the surface and are yet to be uncovered. The ongoing impact isn’t easy to untangle, but will influence business bottom lines and global operations differently for years to come. If you haven’t fully unraveled what the reform means for your enterprise, here are a few places you can start.

US Tax reform – it’s not about making tax simple
The changes created by tax reform have different impacts depending on business type, industry, size and geography, so it’s important to understand how each company is directly affected. It’s necessary to take a close look and read the fine print of the reform, not just articles and publications by others.

For instance, manufacturers would need to look closely at the loss of the manufacturing deduction, while the insurance and financial sectors have provisions that only apply to their specific industries. There are different provisions applying to pass-through entities versus corporate entities and the breadth of the international tax provisions may vary in impact for subsidiaries of US multinational-headquartered companies versus foreign-headquartered companies.

While simplification may have been touted as one of the primary drivers of US tax reform during the past few years, the final legislation has made it clear that tax calculations and filings will continue to be complex for many — businesses and individuals alike. Complexity still reigns supreme — the complex calculations are just different than they were prior to the passage of tax reform.

US tax reform, global impact
Previously, the US taxed American headquartered businesses on all of their profits, regardless of the geographical source of the income. However, businesses could defer paying those taxes until the money came back to the United States. The new reform moves the United States off the worldwide tax system and institutes a territorial tax system, meaning American businesses won’t pay US taxes on profits made outside of the country. To transition to a territorial tax regime, companies would have to pay a one-time tax on accumulated overseas earnings and profits at a reduced rate payable over eight years. Incurring this “toll charge” whether or not any cash is repatriated or not, does mean that access to this cash is free to access for the most part, subject to withholding tax or other excise taxes.

“Very recently at the World Economic Forum many of Europe’s finance ministers noted significant concerns with the tax reform, fearful of its impact on trade and investments.”

This toll charge coupled with the new territorial tax regime and a 21% corporate statutory tax rate now makes it worthwhile for businesses to reassess the locations in which their company operates now and in the future. Some companies are evaluating whether or not to restructure current operations, while others clearly indicate that tax reform has leveled the playing field or the impact on future investment decisions.

Very recently at the World Economic Forum many of Europe’s finance ministers noted significant concerns with the tax reform, fearful of its impact on trade and investments. While these fears are valid, initial responses to tax reform have been positive from the CEOs of foreign multinationals due to the significant operations their companies have in the US.

It’s not over yet
Tax reform will have an enduring impact and is likely to lead to ongoing change. There is more to come from the US in the form of regulations to codify the new law. In addition, the US has made it clear it will not stand still for another 31 years and will be more proactive in keeping pace with the rest of the world. So, what do we expect the rest of the world will do? The rest of the world is beginning to react, which will play a role in dictating the global impact as well. A phrase we keep hearing is “the race to the bottom,” meaning the bottom of the corporate statutory rate chart. If countries look to lower their corporate rate, how will they fill this revenue gap? Will we see new or expanded VAT or transaction-based taxes?

If history is any indicator, we anticipate that US states will follow with tax reform of their own. How significant their reform is remains to be seen and how significantly they decide to decouple or not from all aspects of the US federal tax reform remains to be seen. We expect businesses, both US multinational and foreign multinational companies to keep an eye on this as well.

Tax departments of multinational businesses have their work cut out for them. Not only do they need to prepare the complex calculations needed to reflect the immediate impact of the tax reform on their companies’ financial statements, they need to be prepared to evaluate planning options around restructuring of business operations and impact of downstream tax reform undertaken by others in response to the economic and global impacts of the US tax reform. Processes and demand of management and audit attest firms are changing for the tax departments of the companies as well. With US tax reform and a promise that the US will undertake reform more readily – are the times changing? Is the global tax landscape of hyper-regulation now fully engulfing the entire world? And if this is the new norm, how are the tax departments of today going to manage the tax landscape of the future? Tax technology that can help address the data management, calculations, reporting, filing, planning and audit needs of this continuously changing world-wide tax landscape could be the answer, while ensuring risk management, governance and control over the entire tax lifecycle.

Previous Article
MBAs – What Spain and Portugal Have to Offer
Next Article
Dublin and the FDI Bonanza: From Tiger to Phoenix

Dublin and the FDI Bonanza: From Tiger to Phoenix
Fergal Hogan 15th February 2018