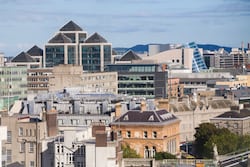 The OECD Base Erosion and Profit Shifting (BEPS) project was designed to provide an internationally coordinated approach to protect tax bases and provide comprehensive international solutions to the problems of base erosion and profit shifting. Ireland committed fully to the BEPS project and will continue to play our full part in implementation.  As a small country with an open economy, it is important that Ireland keeps pace with international tax developments.

The BEPS process is one that we have welcomed.  The overall aims of the BEPS project are to prevent double non-taxation from arising due to mismatches in international tax rules and to better align the right to tax with real economic substance and activity. These aims are aligned with Ireland’s own corporation tax strategy – which is to attract real investment and jobs to Ireland.  Indeed, as companies seek to better align the amount of tax that they pay with their substantive operations, this will result in opportunities for Ireland as the alignment of substance with a competitive rate of tax has been the cornerstone of Ireland’s CT policy since the 1950s

By way of an example – Ireland’s latest Budget was announced on 13 October 2015 and contained some exciting corporation tax initiatives which arose as a result of the BEPS process, in particular the Knowledge Development Box (KDB).

The final BEPS Action 5 report set out the OECD “modified nexus” approach which patent box regimes should adhere. This approach uses expenditure as a proxy for activity and allows a taxpayer to benefit from an IP regime only to the extent that the taxpayer itself incurred qualifying research and development expenditures that gave rise to the IP income.

The KDB is designed to incentivise substantive R&D and innovation and is the first OECD-compliant measure of its type in the world. This puts Ireland in a unique position to offer long-term certainty to innovative industries planning their research and development investments. Income that qualifies for the KDB will be subject to a reduced rate of corporation tax of 6.25 per cent, which is half of the Irish headline corporation tax rate which applies to trading profits. The KDB adds a further dimension to our ‘best in class’ competitive corporation tax offering, which includes the 12.5 per cent headline rate, the R&D tax credit, and the regime for investment in intangible assets. This latest significant enhancement to our corporation tax regime shows Ireland’s ability to retain our core strengths, while keeping a keen competitive edge in attracting and retaining quality jobs and investment to our country.

Corporation Tax 2016 and Beyond

I also recently published an update to Ireland’s International Tax Strategy. This update explains Ireland’s approach to the implementation of the OECD BEPS reports and how we will engage with the emerging EU tax agenda. Ireland is well positioned to compete in this new international environment. Our corporation tax system is transparent and statute-based. Our long-standing policy has been to align our tax system with substantial economic activity, investment and jobs. The OECD BEPS reports do not affect Ireland’s 12.5% corporation tax rate. The OECD has explicitly stated that taxation is at the core of countries’ sovereignty, and that each country is free to set up its corporate tax system as it chooses, including charging the rate it chooses. Our 12.5% corporate tax rate continues to be a fundamental pillar in Ireland’s FDI offering and we are firmly committed to retaining our rate at this level.

FDI is important to the Irish economy in terms of employment, employment growth, industrial output, productivity growth and for the expansion and diversification of Irish exports and it continues to play an important role in the recovery process of the Irish economy. Attracting FDI remains a priority for the Irish government. Our concern is always to ensure that we support the reputation of Ireland as a base for substantial investment into Europe from throughout the world.  What is most welcome is the geographical spread of these investments, many by existing companies, and this is testament to the strength of our infrastructure, our universities and college graduates and our track record, as well as to our competitive tax regime. The banking, fiscal and economic crisis of recent years represented a significant challenge to Ireland. However, we have emerged from this challenge and we are on a new path.  We will continue to offer a competitive and robust platform for our continued growth as a country into the future. 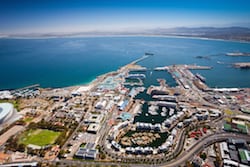