Masters of the Metaverse

A growing number of young, forward-thinking speculators have started buying virtual property in the metaverse, which they view as a perfectly rational thing to do.

Citi, the US-American multinational investment bank and financial services corporation estimates that the metaverse market could be worth between $8 trillion and $13 trillion by 2030, and have as many as five billion users.

Citi assesses the metaverse in a holistic way, to encompass everything from headsets to smartphones, such that it sees it constituting some one percent of the $128 trillion global economy, as it stands at present. Its predictions are informed by its belief that augmented reality – a technique that adds visual, auditory and sensory information layers to the world we know to intensify one’s experience – will come to be present everywhere and near impossible to avoid, as opposed to the simulated experience of virtual reality, which has a more limited application and appeal.

This future landscape is understandably dependent on major investment, especially since it is estimated three-quarters of the global population will still be without access to 5G speeds by 2025 – speeds that are needed to support the metaverse’s ongoing development.

The metaverse has all sorts of commercial applications beyond the obvious one of gaming, where companies such as Roblox, Epic Games and Microsoft are already active. There is clear scope, for example, to bring wholly new user experiences to entertainment, the office, education and training, public services and tourism, amongst much more besides.

Cybercurrencies and non-fungible-tokens play a profound role in the metaverse space. Citi believes the likes of bitcoin and Ethereum will be the primary players though fiat currencies, central bank digital currency pegged to the value of that country’s fiat counterpart, and stablecoins, the most famous example of which is Tether, will also play their part. Meanwhile, gaming tokens with market capitalisations in excess of $1 billion already exist, such as Mana for Decentraland. 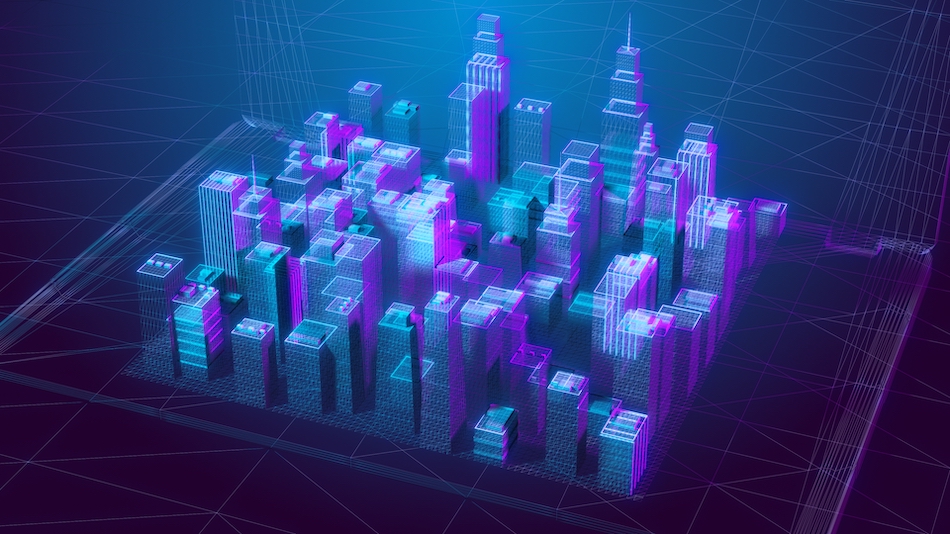 A growing number of young, forward-thinking speculators have started buying virtual property in the metaverse, which they view as a perfectly rational thing to do. They occupy a demographic that instinctively understands and feels comfortable with the digital world concept, rather than seeing it as dystopian nonsense. Barring some never before seen Luddite-like global reaction, their punt on where the future is headed is bound to be the right one, despite current market volatility, which is only to be expected at this early stage before less unpredictable market rhythms set in.

Hundreds of millions of dollars’ worth of digital property transactions are already being conducted across platforms like Sandbox each year, and this volume is likely to experience even more explosive growth, with many new ‘landowners’ looking to sit on their property for several years before selling, as the market matures. And, just like in the real world, location is everything, with property in certain sought after central areas, commanding much higher prices than those out of town, with architects standing ready to build your dream home. What’s more, if you’ve got the money, you can be neighbours with a celebrity, just like someone paid not far off half a million dollars for the privilege of being next door to Snoop Dogg.

A word of warning, however. This market has no ombudsman, nor any legal overseers ready to right wrongs or highlight and prevent fraud. As with any crypto purchase, there are inherent risks.

Rather than constituting one digital space, to understand the metaverse it is important to view it as a network of interrelated virtual reality worlds. These worlds have been engineered by platforms and companies, where, as well as buying land, users can attend events and conferences, gamble in casinos, and play games, all in an interactive fashion.

Perhaps the most high-profile nod to the huge part the metaverse is set to play in all our lives is Facebook’s decision to change its name to Meta, as it looks to futureproof and align itself with virtual spaces, gaining first mass mover advantage in the process. Its metaverse social platform is known as Horizon Worlds.

Other household names have been busy too, with the football club, Manchester City having teamed up with Sony in a pioneering effort to build the first metaverse football stadium. Essentially, anything in the real world is now considered fair game for the digital treatment.

COVID acted to rocket fuel the fortunes of the digital realm, as people were forced to occupy a virtual world to conduct so much of their lives from home, both in the work and social spheres. As a result, a critical mass of legitimacy was achieved for the metaverse that might otherwise have taken years to attain. With so many people primed for the concept, it is no longer considered otherworldly to engage and show products in immersive virtual meetings. Moreover, as a force for promoting equality of opportunity, the metaverse can be viewed as an egalitarianising leveller that offers those facing obstacles to realising their potential in the real world, the chance to flourish.

Exactly what the future will look like is, of course, unknown. But, we can be sure of one thing. The metaverse will be a very big part of it, and is set to usher in a world of new opportunities. This is cause for great excitement.

Previous Article
Malta: Perfectly Formed for Investors
Next Article
Signs That You Need To Transform Your Business And How To Do This

Signs That You Need To Transform Your Business And How To Do This
Karen Thomas-Bland, founder of Seven Transformation 7th June 2022