Asia: A Path to Prosperity

Asia is on the cusp of a historic transformation. A leading power in the 1600s, its turn at the top has come around once more. Home to over 50% of the world’s population, with high levels of intra-regional trade, frequent investments in technology and urban infrastructure and a rapidly increasing middle class, Asia is gaining ground on the West, achieving economic predominance once again.

Home to 48 countries, Asia covers regions with diverse economies, legislative systems, demographics and geographical landscapes, including numerous languages, ethnicities, governmental and economic systems. It is unrealistic to think that this vast area would or should have a completely united reality. Annual per capita income ranges from $849 in Nepal to $57,714 in Singapore, while the colossal continent includes ancient ruins, rustic farming communities and gigantic skyscrapers. However, a shared theme throughout is an upward trajectory across key economic and social indicators.

A hub of global trade, home to some of the world’s largest companies and the fastest-growing part of the internet, Asia is the engine of international consumption growth. Did the Asian Century begin when China—the largest economy on the continent—began to industrialize in the 1980s? Or did it develop at the turn of the millennium? Or maybe, it hasn’t even started yet and will begin in 2040 when Asia is expected to top 50% of global GDP?

“A hub of global trade, home to some of the world’s largest companies and the fastest-growing part of the internet, Asia is the engine of international consumption growth.”

Irrespective of the answer, the East Asia and Pacific economy will grow by 7.4% in 2021, compared to 3.6% in the Eurozone and a less significant 3.5% in the US, according to the World Bank. Furthermore, in the past 50 years, millions have been lifted out of poverty and many Asian economies have graduated to middle-income or advanced economic status. Moreover, thanks to continued investment in infrastructure and a persistent determination to keep learning and gain global insights, Asia continually attracts foreign direct investment, allowing the continent to raise productivity while simultaneously making progress. 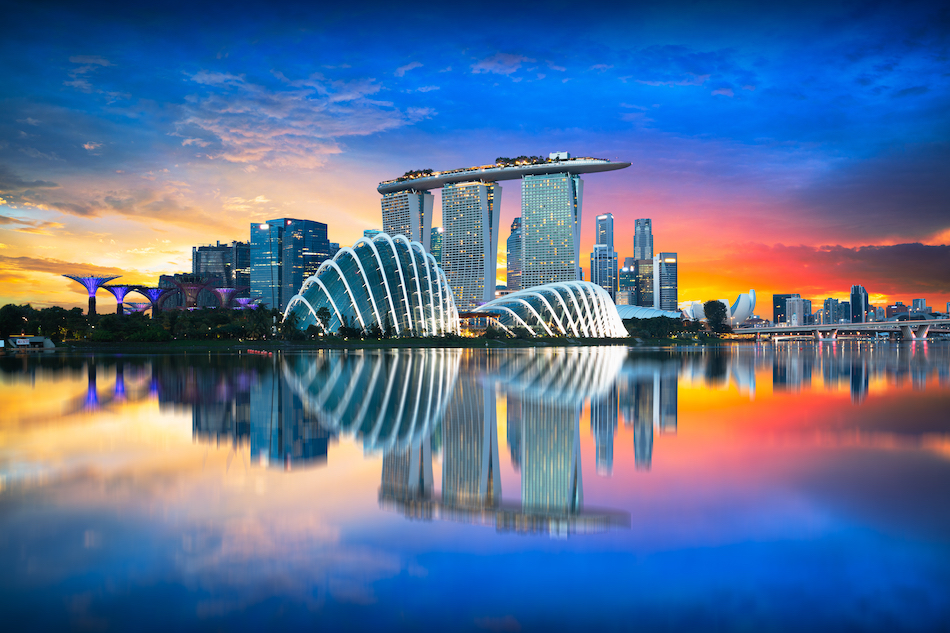 Asia’s march to prosperity will be led by seven economies, including PRC, India, Indonesia, Japan, Republic of Korea, Thailand and Malaysia. These countries had a combined total population of 3.1 billion and a GDP of $15.1 trillion in 2010. Under the Asian Century scenario, they would possess a 75% share of the Asian population and a 90% share of Asian GDP by 2050, accounting for 53% of global GDP. Their average per capita income is expected to be $45,800 (in PPP) compared with $37,300 for the world. These seven countries will not only be the drive behind Asia’s economy, but also the global economy.

Asia is on course to surpass 50% of global GDP by 2040 and command 40% of global consumption, signifying a real shift in the world’s centre of gravity. Intra-regional trade comprises of 52% of Asian trade, in contrast to 41% in North America, indicating an increase in self-contained regional supply chains serving Asian markets. It also indicates deepening trade ties amongst Asian countries themselves—with much more room to grow and money to be made. The Regional Comprehensive Economic Partnership (RCEP) is a new free trade agreement that includes 16 countries across the region, including China, Japan, India, and Vietnam.

“Asia is on course to surpass 50% of global GDP by 2040 and command 40% of global consumption, signifying a real shift in the world’s centre of gravity.”

The RCEP was signed on November 5th by China, Japan, South Korea, the ASEAN-10 (Singapore, Indonesia, Malaysia, Thailand, Brunei, Cambodia, Laos, Myanmar, the Philippines and Vietnam), as well as Australia and New Zealand. Together, these economies account for $26 trillion in GDP and 2.26 billion in population, approximately one third of the global total. According to the Peterson Institute of International Economics (PIIE), the RCEP will add $186 billion to the world economy and 0.2% to its members’ GDP on a permanent basis. RCEP could result in greater interoperability, accelerate economic growth and further expand the middle class, contributing to the Asian Century.

The West’s incompetent response to the pandemic will hasten the power shift to the East. Even Asia’s worst performers in public-health terms, such as the Philippines and Indonesia, controlled the pandemic more effectively than Europe’s biggest and wealthiest countries. Economic activity across Asia has largely returned to where it was before Covid-19 struck. A succession of structural reforms developed over the past two decades have supported Asia’s effective handling of the pandemic and bolstered its economic resilience.

Asia must sustain its growth momentum, embrace digital transformation and capitalise on the rise of millennials to fully encapsulate the Asian Century. The continent’s attractive demographics are helping its economies to reconfigure, boosting their ability to escape the middle-income trap.  However, long-term development will require countries to harness the full potential of technological change, innovation and entrepreneurship. Otherwise, productivity and growth could stagnate for extended periods. To wholly compete and evolve, Asia needs to continue to deepen its interconnectedness both economically and politically.

It may be too soon to announce a new historical epoch, but history has turned a corner. The era of Western domination is ending.