CEO Insight spoke with Russell Curtis, CEO of Invest Durban, which exists to stimulate foreign direct investment across the eThekwini Municipality via its advisory, promotion, facilitation, and aftercare services.

Situated on a natural harbour on South Africa’s east coast, Durban is Sub-Saharan Africa’s largest and busiest shipping terminal, and the country’s third most populous city. It constitutes a key gateway to Africa and the fastest growing market on Earth, set to reach 1.7 billion people by 2030.

Essentially, operating as a public-private partnership between the Metro City Council and the organised private business sector, Invest Durban focuses on its core strengths, whether related to its location, which lends itself to significant maritime-oriented investments, or existing clusters, such as those linked to automotive, chemicals and agri-business. This serves to create a distinct investment offer unlike anything on the table from anywhere else in South Africa. 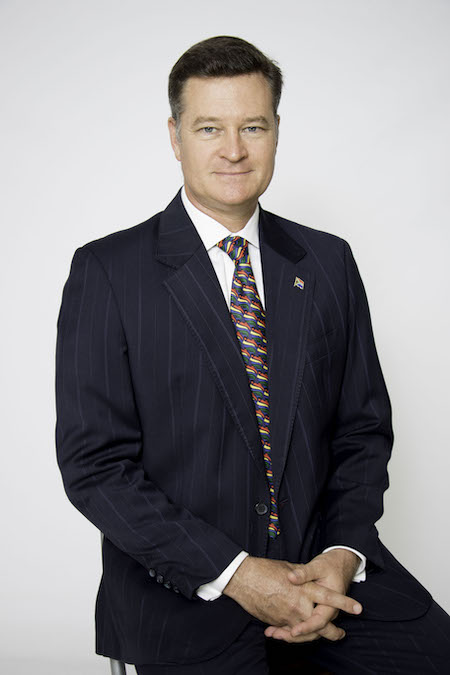 As the CEO is keen to point out, there are no overarching national investment directives or entry barriers that might act to inhibit investment into Durban in favour of such alternative locations. Rather, the process is market-led, as it should be, and he describes – with a smile – Durban as being in healthy ‘co-opetition’ with other potential recipients of investment across South Africa.

Equally, he is an enthusiastic supporter of the African Free Trade Agreement, which seeks to accelerate trade across the continent by creating a stable, predictable single market for goods and services, since prosperity for Africa means new frontiers of opportunity for Durban.

Opportunities abound in this most diversified of locations, for here, there is a focus on flagship projects that possess the capacity to positively shift the socio-economic landscape and realise investments across several sectors, alongside the development and growth of value chains in those priority sectors that serve to leverage Durban’s competitive advantages.

With its premium location at the interface of various trade corridors, if Durban didn’t exist, you’d have to build it. Not only does it enjoy a natural status as the hub for maritime operations in the South-South, Far East, Europe and US trade corridors, but Operation Phakisa – with its focus on tapping the rich reservoir of opportunity presented by the Oceans

Economy  is seeing significant upgrades and expansion at Durban’s Port, enhancing its investment credentials yet further. Public-Private partnerships, at scale, are being sought.

In addition, with its benevolent sub-tropical climate, Durban is South Africa’s number one domestic tourism destination. This lends itself to a significant uplift in tourism asset development to meet the release of pent-up wanderlust as Covid restrictions on travel and alcohol consumption are relaxed, as well as an increase in Durban’s share of the foreign tourism market.

Moreover, with multi-stakeholder work both to date and ongoing to ensure adequate water and energy reticulation, Russell Curtis is clear that prospective investors from the full spectrum of primary, secondary and tertiary sectors can come to Durban with the reassurance that security of utility supplies will not be a permanent hindrance. This represents a very different proposition to much of the rest of the continent, with many destinations marked by profound infrastructure and climate challenges that can take a significant toll on operations and the bottom line.

Durban is, like anywhere on Earth, subject to global, national, regional and local dynamics, and by Russell Curtis’ own admission, the last couple of years have been very challenging. Yet, South Africa’s Covid-19 Economic Recovery Plan has served to spare the economy from existential shock and passionately acted to provide a safety net for many. Meanwhile, the breakdown of law and order that Durban briefly succumbed to in July 2021 met with swift and resolute action, bringing numerous actors and stakeholders together.

Politicians, captains of industry, faith-based groups et al mobilised and united to condemn the reprehensible actions of a minority, while at the same time acknowledging underlying conditions and legitimate economic grievances that must now benefit from greater attention. Mr. Curtis is, however, of the firm view that these conditions were bequeathed by former national political masters, whose time in power was marked by serious mismanagement, and there is little appetite from any quarter to turn back the clock to a time that rewarded the few at the expense of so many.

As such, while there is no cause for complacency, investors can be reassured that this city and its institutions are supremely resilient. Business here has shown its capacity to successfully innovate, adapt and pivot, and confidence has swiftly returned as stakeholders seek to make up for lost Covid time.

“Durban has been tested and is emerging even stronger via more determined public private partnership. There are not many places in this continent of opportunity that can claim that.”

Africa requires patience and a medium to long term view. To access the high rewards, the unpredictable must also be factored in. Yet, here in Durban, such is its strength and depth, and so many are its competitive advantages. The risks must be considered substantially fewer than for any comparable investment prospect offering such ready access to the wider continent and the Indian Ocean Rim.

Durban epitomises South Africa’s status as the world’s ‘rainbow nation’ with an extremely diverse ethnic mix. Not only is the province of KwaZulu-Natal in which it sits, the homeland of the Zulu people, who constitute its majority, but as the Invest Durban CEO points out, it also has the largest concentration of Indians outside India, as well as the largest body of U.K. passport holders and those of European descent in South Africa.

What this melting pot lends to the investment landscape is pre-existing established business relationships and pro-FDI sentiment, equating to opportunities that can transcend cultural, racial and ethnic boundaries to deliver prosperity for all.

For international investors, mindful of CSR shareholder sentiment, scope to both make a difference and be seen to make a difference is a significant factor in where to locate, and with Durban’s development also firmly in accord with the United Nations’ Sustainable Development Goals, this serves to add further to its allure.

Durban is competitive on every front with no significant areas of weakness to concern potential investors. Russell Curtis likes to describe it acronymically, as constituting an ‘All HITS’ option for investors…

Lifestyle of business, sports and event pleasure together;

Largest human resources base on the East Coast;