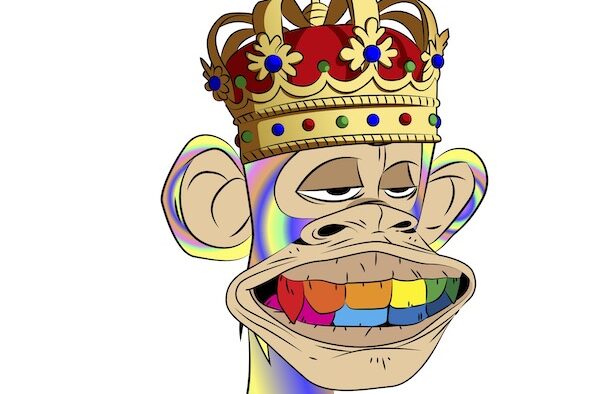 Whether it’s an intelligent risk or an ambitious philanthropic project, Sam Bankman-Fried is not your average millionaire.

30-year-old, Sam Bankman-Fried, is a modern-day tech billionaire who got rich overnight. A vegan, who thinks sleeping is a waste of time and plays video games during meetings , he took the title of the world’s richest person in their 20s last year.

Planning to keep 1% of his earnings and give the rest away, Sam Bankman-Fried, still under 30, shot from obscurity to a $24.5bn fortune by spotting arbitrage opportunities in the cryptocurrency markets. Even as a trader on Wall Street, Bankman-Fried gave away more than 50% of his salary to charities and last year donated $50 million to FTX Official and anti-global warming initiatives.

“Effective altruism is a social movement and philosophy originating in the late 2000s that focuses on maximizing the amount of good one does in the world and aids people in discovering how they themselves can take action.”

He built his first fortune through his crypto trading firm, Alameda Research, which he founded in 2017. Later, after noticing a pricing imbalance in Bitcoin, the Californian entrepreneur created cryptocurrency exchange FTX in 2019, and less than three years after its founding, FTX was valued at $32 billion, a capitalization that puts it close to giants Coinbase and Binance. The startup’s backers include crypto VC shop Paradigm, venture capital firm Sequoia, buyout firm Thoma Bravo and the Ontario Teachers’ Pension Plan Board. It was always going to succeed.

Estimated at nearly $25 billion, placing him among the top 70 richest people on the planet, Bankman-Fried, has plans to give away the vast majority of his wealth thanks to the philosophy of “effective altruism,” which he learned in college. Bankman-Fried describes himself as a follower of utilitarian philosophy and cites 19th-century English social reformer Jeremy Bentham as one of his inspirations. He believes there are only limited ways in which money can buy happiness and wants to earn more money to give it away.

“He’s the richest crypto billionaire on the planet and earns money with the sole stated objective of giving it away.”

Effective altruism is a social movement and philosophy originating in the late 2000s that focuses on maximizing the amount of good one does in the world and aids people in discovering how they themselves can take action. It has a global reach, with over 200 satellite groups in over a dozen countries.

Some effective altruists dedicate their careers to fundraising for nonprofits or conducting important research, but in college the then MIT physics student decided that his earning potential could help humanity more than any charity work ever could. He set out to make this money for the purpose of giving almost all of it away to the most effective charities, and to thereby do as much good in the world as he can.

Born in Stanford, California, on March 6, 1992, Bankman-Fried parents were law professors at the university and from an early age he was interested in utilitarianism , a philosophy that states that the best action is the one that produces the greatest happiness, in a greater number of possible individuals, in addition to maximizing utility. Sam Bankman-Fried launched the cryptocurrency futures exchange FTX in 2019.

Bankman-Fried is one of the richest people in crypto, thanks to his FTX exchange and Alameda Research trading firm. Most of his wealth, which he says he will eventually donate to charity based on a philosophy called “earning to give,” is tied up in ownership of about half of FTX and a share of its FTT tokens. He exemplifies the “earn-to-give” model of effective altruism, which holds that one should attempt to make as much money as possible in order to maximize the possibility of charitable giving.

He’s the richest crypto billionaire on the planet and earns money with the sole stated objective of giving it away. Trying to use your time and money as well as possible to help other people, Bankman Fried,  represents a new breed of entrepreneurs who think about the value of becoming rich. Their community focus doesn’t lead them into do-gooder professions, but into profit making careers where they can maximize their fortunes.

In 2021, investors valued FTX at $18 billion, and there has been rapid growth since. By January 2022, the exchange and its U.S. operations hit a combined value of $40 billion. Epitomizing a new generation of mega-donors, Bankman-Fried moved FTX’s headquarters from Hong Kong to The Bahamas, along with moving there himself, citing a better crypto regulatory framework in the latter jurisdiction. The Bahamas was the first country in the world to adopt a central bank digital currency, known as the Sand Dollar. Furthermore, Bankman-Fried cites the island’s lively, safe and lockdown-free environment as a reason for the relocation.

Bankman-Fried has been politically active in the last two years, contributing over $5.2 million to Joe Biden’s Presidential campaign in 2020 and helping to bankroll the Protect Our Future super PAC and he has testified before Congress about the state of crypto regulation twice. This year, he plans to spend a few hundred million on other charities to focus on pandemic preparedness. the FTX Future Fund, which has the initial ambition of giving away hundreds of millions a year and hopes to soon escalate to over a billion a year.

Bankman-Fried is the richest person to emerge from the effective-altruism movement, promising to keep only about 1% of his earnings each year, or about $100,000.

Contributions or no contributions, Bankman-Fried is one of the ultimate players in the crypto world.