Scientists are aiming to develop quantum computers that are 100 million times faster than any current computer and may be able to solve complex computation problems that are impossible today. Quantum computers analyse information in wholly new ways, and the hope is that they will help drive innovations in various sectors across the economy.

Difficult computation problems are typically solved today using supercomputers. These are very large, often with thousands of classical CPU and GPU cores. However, supercomputers can struggle to solve certain problems. Quantum computing harnesses the laws of quantum mechanics to solve problems too complex for classical computers.

The quantum in ‘quantum computing’ refers to the quantum mechanics that the system uses to calculate outputs. In physics, a quantum is the smallest discrete unit of any physical property. A qubit is the basic unit of information in quantum computing. These play a similar role as bits play in classical computing, but they behave very differently.

“President Biden recently signed two directives aimed at ensuring the US retains its lead in quantum computing while also safeguarding the country from future attacks carried out using this emerging technology.”

Classical bits are binary and can hold only a position of 0 or 1, but qubits can hold a superposition of all possible states. It’s one of the things that makes quantum computers so powerful – a qubit allows for uncertainty. Quantum algorithms create multidimensional spaces where the patterns linking individual data points emerge.

Quantum computers are smaller and require less energy than supercomputers. An IBM quantum processor, for example, is a wafer not much bigger than one found in a laptop. A quantum hardware system is about the size of a car, made up mostly of cooling systems to keep the superconducting processor at the required ultra-cold operational temperature. 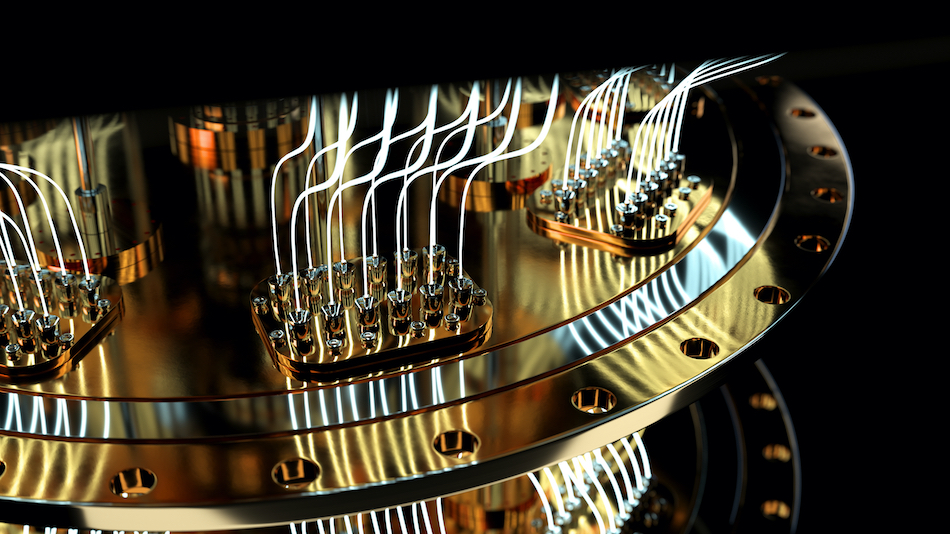 President Biden recently signed two directives aimed at ensuring the US retains its lead in quantum computing while also safeguarding the country from future attacks carried out using this emerging technology. And although a real quantum computer is still a way off, IBM recently announced the expansion of its roadmap for achieving large-scale, practical quantum computing.

In an interview in May, IBM Chief Executive Arvind Krishna said his company would have a 4,000+ qubit quantum computer ready by 2025, a leap from its hardware with 127 qubits today. He stated that technology of that power could optimise routing truck fleets or better model financial risks. He said that a normal computer almost “the size of this planet” would be needed to tackle comparable problems.

Designing a new battery is a huge chemistry experiment and can consume years of time, money and engineering expertise. It makes sense to simulate the many, many properties and behaviours of the molecules involved on a computer, exploring and analysing promising options before physical prototyping begins. For IBM, working with Daimler on battery research is just one aspect of the foundational work that will eventually bring quantum computing to commercial fruition.

Meanwhile, in April, Microsoft and AkzoNobel announced a partnership to explore how quantum computing can accelerate development of more sustainable paints. AkzoNobel delivers high-performance paint and coating products globally and is a frontrunner in sustainability. Using Microsoft’s cloud computing service Azure and the promise of quantum computing, researchers and developers from both companies will team up to establish what is effectively a cloud-based laboratory environment.

Pim Koeckhoven, Technology Director in Research and Development at AkzoNobel, said: “Combining our track record for pioneering product development with Microsoft’s cloud and quantum computing expertise could lead to another huge step forward in the digitization of our research. Expanding our existing engagement with Azure to include quantum exploration in chemistry and materials has the potential to be truly ground-breaking.”

The quantum computing market is projected to reach $65bn by 2030 from just $507m in 2019. IBM and Microsoft are not the only tech companies investing heavily in the space. Google and Amazon’s cloud platforms have released quantum tools. In the US, AT&T has partnered with the California Institute of Technology to form the Alliance for Quantum Technologies to bring “industry, government, and academia together to speed quantum technology development and emerging practical applications.”

There’s a lot of work ahead. According to IBM CEO Krishna: “There’s quite a few problems we have to solve. How do you begin to scale these systems? How do you begin to communicate amongst them? How do you get the software to scale and work from a cloud into these computers? Those are all problems we believe we have line of sight to and so we have high confidence in our 2025 roadmap of 4,000 qubits, and that’s on the physical core of the computer and not a simulator or software.”