The Nigerian Export Processing Zones Authority (NEPZA) has entered into a partnership with the Nigerian Investment Promotion Commission (NIPC) in a bid to boost investments in the newly approved Special Economic Zones in Lagos, Kwara and Katsina state.

Speaking in Abuja, the Managing Director of NEPZA, Prof Adesoji Adesugba said that the federal government had earlier in the year (2021), approved a total of six SEZs to be evenly sited in the six geo-political zones, but, “earmarked these three for development this fiscal year while the rest three were deferred to 2022.”

Adesugba explained that efforts were underway to use the special economic zones to stimulate genuine economic activities across the country, adding that synergy with NIPC would help to migrate the desired local and international investments to those zones.

He stated further that the three new zones which were approved as medical, agro-allied and cotton clusters respectively would help to boost production linkages required for economic growth.

According to a statement from Martins Odeh, Adesugba added that the partnership with NIPC would also significantly spur the interest of international investors on the medical free zone to be sited in Lekki, saying that the zone would drastically reduce the country’s capital flight through medical tourism abroad.

“We are also hopeful that the Medical Free Trade Zone will be a convergence of world-class hospitals, pharmaceutical companies, aged homes, hotels and medical-based research institutes. This enclave when operational would retard the migration of medical professionals abroad.

Receiving the NEPZA Boss, the Executive Secretary of the Nigerian Investment Promotion Commission (NIPC), Ms Yawade Sadiku expressed satisfaction in the way and manner the NEPZA boss had repositioned the agency and promoted the special economic zones model across the country.

She said that the Commission was prepared to partner with NEPZA to accelerate economic development, adding that the three new special economic zones would be used as a pilot scheme for vigorous investment drive. 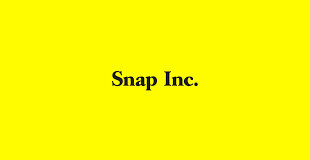