Sweden – How Clean Is Your Economy? 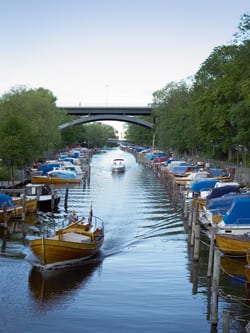 There is a central tenet to the school of thought on the traditional approach to green business initiatives; namely, that creating wealth and jobs and saving the environment are mutually exclusive pursuits. Sweden has proved that there is in fact another way – and skimming over the statistics, there’s plenty of evidence to suggest that their approach may well be right…

With a population of just over 9m, Sweden is proof that you can actually have both – responsible and sustainable growth. It’s a concept that rarely rises above the rhetoric in Britain, but in Sweden it’s a reality.

Sweden now has the EU’s highest proportion of renewable energy in its energy use. Over 45% cent of Sweden’s energy supply — electricity, district heating and fuel — comes from renewable energy, relying on hydropower and biofuels.

It might be the third largest nation in Europe by landmass, but Sweden doesn’t harbour closet superpower desires – even if the nation’s finances do happen to be in very good shape. Sweden had a GDP of $352 (PPP) in 2010 ranking 32nd largest in the world – quite a long way down the scale of the Euro-bigwigs like Germany and France. But last year’s GDP viewed per capita, gives a much different story. At around $39,000, it pushed Sweden into the top 25 and indicates one of the world’s highest standards of living.

After emerging from the worst recession in Post War history, the Scandinavian nation’s economy ended 2010 as Europe’s strongest. Sweden emerged from recession in the second quarter of 2009 and saw growth pick up before accelerating in the first quarter of 2010 with quarter-to-quarter growth of 2.1% and year-on-year the growth of 6.9%. And the cherry on top? Take your pick from falling unemployment, a budget surplus, or public debt plummeting to below 40% of GDP – any one of which would have British cabinet ministers crowing from the rooftops.

So, that’s the business angle of Sweden’s eco-economic miracle covered, but what about the nitty gritty green perspective?

Time to usher in Swedish Prime Minister Fredrik Reinfeldt, who recently hobnobbed with the Brazilian President Dilma Rousseff (US Presidents are so last century…).

Discussing environmental concerns and technological cooperation, Reinfeldt said “The challenge of attaining a green economy and sustainable society is huge, but there is no alternative. I believe that putting a price on pollution or the use of our natural resources, is the most effective way.”

Levying businesses period is a heretical notion to many leading corporate heads, but encouraging BRICS leaders to charge for carbon emissions? Well it doesn’t bear thinking about. …Or does it?

As Reinfeldt correctly points out, an oil-less future is a certainty, but those with the imagination to adapt now that will see the biggest rewards. This is the crux of the PM’s strategy. Sweden has effectively halved its consumption of fossil fuels and oil since the 1970s, so Reinfelt’s directives are justified. In 1970, oil accounted for more than 75 per cent of Swedish energy supply; by 2009, the figure was just 32 per cent, chiefly due to the declining use of residential heating oil.

“Years ago, when most people heard the word environment, they did not think of it as an opportunity for growth and employment. Now they do.”

The government has already stated that it aims for renewable energy to comprise 50 per cent of all energy produced by 2020. On top of this, all cars on Swedish roads will be independent of fossil fuels by 2030 and the country will be carbon neutral by 2050.

This green future is certainly ambitious, but the infrastructure is already in place to make it a reality, says Andreas Carlgren, Sweden’s Environment Minister. “Sweden is presenting a concrete plan towards becoming independent of fossil fuels and reducing emissions to a level that the climate requires.”

Sweden now has the EU’s highest proportion of renewable energy in its energy use. Over 45% cent of Sweden’s energy supply — electricity, district heating and fuel — comes from renewable energy, relying on hydropower and biofuels. Cogeneration, or combined heat and power (CHP) plants, account for a further 12 per cent of the electricity output in Sweden. The remaining portion of electricity, about 2 per cent, comes from wind power.

Manufacturing and engineering have long been the driving forces of Sweden’s economy – brands like Volvo, Saab, and Ikea being globally recognised brands. But naturally enough, Sweden’s shift towards sustainability has had a positive effect on business with a synergy building between pragmatism and policy.

Sweden has long been a huge exporter and one of the biggest expanding sectors in China. As a result, Swedish environmental engineering export to China swelled by 51% in 2009, from 1,463 million kronor ($200 million) in 2008 to 2,219 million kronor, so say Swentec, the Swedish Environmental Technology Council. China thus climbed from being the ninth, to the second largest export market for Swedish clean-tech companies – after Germany.

Sweden’s industrial history has reshaped itself and benefited from its adaptation to the
policy and has effectively facilitated the continuing success – even in the most difficult of economic climates. Of course, it’s a very pro-business environment; Stockholm Business Region Development is the go-to agency for prospective investors in the region. The company develops and markets the region as a business destination. SBRD provides business information and free of charge services to foreign companies setting up or expanding their operations in the Stockholm region.

Innovation in Sweden is high, with the country’s R&D investment as a percentage of GDP being the second highest in the world. Mats Eklund, a professor of environmental technology at the University of Linköping explains the simple reason behind this:

“Years ago, when most people heard the word environment, they did not think of it as an opportunity for growth and employment. Now they do,” he says. “There will be no belief in green industries without the belief that you can make money out of it. This, not concern for the environment, is the biggest motivator for change.”

Previous Article
About
Next Article
The Sochi Project 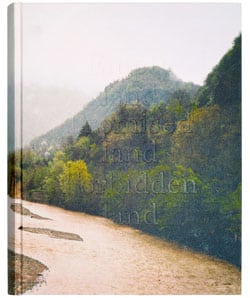