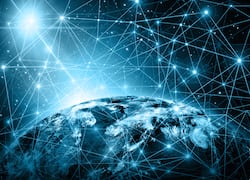 The corporate tax practices of multinational corporations are under siege by world leaders, NGO’s, the OECD and EU tax authorities.  All demanding multinationals to pay their “fair share” and more than willing to highlight perceived abuses or avoidance in the mainstream media.

Estimating that world governments have lost up to $240 billion dollars  from aggressive BEPS by multinationals, in early October the OECD issued its package of fifteen “Base Erosion and Profit Shifting” (“BEPS”) measures that turn the century old international tax system on its edge.  Recently endorsed by all G20 leaders, advanced economies will phase in the provisions over the next few years beginning in 2016 impacting different multinationals in different ways.

These changes not only impact taxes and profitability, but also business models, operations, supply chains and, for sure, brand reputation.  Successfully navigating these new waters will require a potentially time-consuming and coordinated effort on the part of the C-Suite, board, business managers and the tax department.  CEOs and CFOs will want to understand this new global tax regime to effectively maneuver through these uncharted waters and determine the impact on the firm’s competitiveness with its peers, as well as manage its brand reputation.

While the fifteen BEPS action plans address various tax mismatches between countries, this article will only speak to one transfer pricing reform and related documentation including the new country-by-country (CbC) reporting template.

A major driver of a multinational’s tax minimization and an area of material reforms is transfer pricing.  While highly complex, transfer pricing boils down to how a multinational’s global profits are allocated and taxed by each of the countries where it does business. To comply with these rules multinationals engage in “intercompany transactions” with affiliates which must be “priced” as if they were conducted between unrelated parties.

Many factors impact the price paid for goods and services between willing buyers and sellers.  For tax purposes, by strategically placing these factors (functions, risks and value-generating assets) across global business operations and supply chains, multinationals have been able to shift profits to low tax jurisdictions via the pricing of intercompany goods and services.  This in and of itself would not be a problem if the activities in the low tax country warranted the profit levels earned.  But too many low tax country operations are viewed as not having adequate underlying substance in the form of people actively engaged in business operations and tangible assets.

For example, ABC Multinational has an entity that owns valuable intangibles in a low tax jurisdiction that earns the majority of global profits thus greatly reducing its effective tax rate and increasing free cash flow.  Even though the entity may have contractually assumed all business risks, if it is not actually managing them, does not have the financial capacity to assume them, nor people actually developing and managing the IP, the profits of the entity will be re-allocated to the actual risk manager and R&D service provider who are likely in high tax countries. This change alone could materially increase the company’s tax expense, impacting after-tax profitability and cash flow, and is a fairly common tax practice among multinationals.

There are a number of other transfer pricing reforms not covered here.  But, in general, they all call for increased economic substance going forward.  These changes will likely cause increased audit controversy and will either result in increased tax burdens or increased costs associated with ensuring compliance.

The new CbC reporting template is causing unprecedented increases in transparency into a multinational’s global business. For the first time, tax authorities around the world will see the allocation of global revenues, profits, taxes paid and accrued, employees, tangible assets, stated capital and accumulated earnings for each country as well as the main activities of every entity within those countries.

In addition to the CBC reporting template, multinationals must now also provide each tax authority with a  “master file” containing a comprehensive (and competitively sensitive) description of the company’s global operations, including the organizational structure, profit drivers by product, supply chains, intangibles and R&D strategies, financing activities and all tax rulings.  This report is to be supplemented by a local file that is designed to provide the detailed information supporting intercompany transactions and business in each local country.

These new reporting requirements present a number of concerns.  First, they contain proprietary information that could get in the hands of competitors if not kept confidential by tax authorities which is a real possibility.  The template will automatically be shared by the parent’s home country tax authority with the tax authorities of every country where it does business (with some exceptions). In addition, the EU and activists are already calling for the public disclosure of the template.  As a result, multinational’s need to understand what information will be disclosed, how it could be interpreted, and how it would explain its tax affairs — potentially why and how it can justify high profits in low tax countries.

Another significant concern is how tax authorities will use the data contained in the CbC reporting template.  Although not intended by the OECD, tax authorities could very likely propose assessments simply based on CBC reporting data. Not surprisingly, many multinationals are already experiencing aggressive tactics by tax authorities who have been emboldened by BEPS even before adopting the rules in their local countries.  This will require additional resources to manage audits and the possibility of double taxation on profits.

The perceived aggressive tax practices of multinationals has become regular news that has brought a tidal wave of international tax reforms and calls for increased transparency.  After tax-optimizing global operations over the last two decades, in a post-BEPS world these may now be at risk and could require changes that impact where people work, and where supply chain operations should be located, as well as sales and distribution models.

The entire body of BEPS rules is too broad and deep to address in just a few paragraphs.  As countries implement these new rules, some will stray from the OECD model or interpret them differently.  For these reasons, C-Suites are well-advised to get their arms around the issues as soon as possible since needed operational and IT systems adjustments will require not only close coordination with finance, tax and business managers, but also time to implement and additional resources to avoid any negative impacts to profitability and brand reputation.

*Authored by members of the Vertex Chief Tax Office:

Previous Article
BEPS – The impact in the Boardroom?
Next Article
A Smart Bank In a Smart State 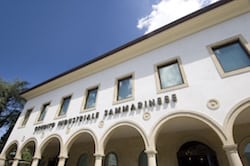 A Smart Bank In a Smart State
jamieharrison 13th January 2016