The oil price: a windfall or foreshadow of economic weakness? 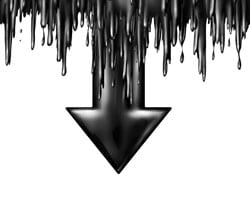 We believe that a lower oil price is a clear positive for the US economy because of its impact on the consumer, while lower input costs should be supportive to companies. In US dollar terms, the oil price ‘windfall’ is as large as some of the major fiscal stimulus packages of recent years, which bodes well for consumer spending. Nonetheless, there are concerns that a lower oil price will have negative implications for the wider US economy.  Huge reductions to capital expenditure in energy can be expected. Some of the current major exploration/drilling projects require an oil price of $90 or above to be profitable. The average break-even price in the shale industry is considered to be $60 before the likelihood of forced capital expenditure cuts.

The major oil producing states will bear the brunt of the energy fallout. Texas, which accounts for 40% of all US oil production, is expected to be hit particularly hard. The Federal Reserve Bank of Dallas estimates that an oil price of $55 would cost 125,000 jobs, leading to a spill over into construction, transportation and business services, which have all expanded to serve the oil industry. However, based on recent history, we believe that the negative economic consequences will be contained.

In 1986, there was a fast 50% oil price decline. Unsurprisingly, this had an immediate impact on driving unemployment higher, but there were also slow-burn implications for the property and financial sectors, including falls in property prices and several hundred banks failures at the end of the 1980s. And yet, the broader US national economy performed well, although there was a clear slowdown in economic growth in Texas at that time.

All things being equal, the US economy in aggregate should weather the energy storm as the negative consequences are most likely limited to oil producing states. Sectors that are most likely to benefit are consumer and services, transportation and manufacturing. For these reasons, we maintain a small overweight position in the US equity market, including exposure to the US dollar, which we believe will hold its strength. 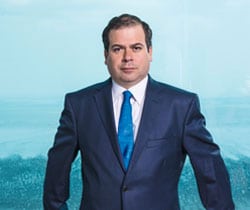 Barents RE Finds its Niche
the Online Editor 28th May 2015