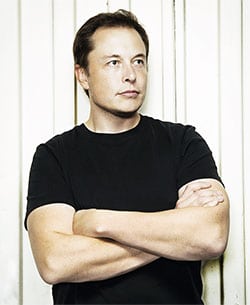 Few other entrepreneurs have risked so much and taken such gambles as Elon Musk. And few have had such incredible successes. Even more amazing, the real impact of his entrepreneurship – whether in the area of space travel, electric vehicles or solar energy – has yet to be felt by humanity. The best, it could be said, is yet to come from Elon Musk.

What began with a failed attempt in 2001 to purchase an intercontinental ballistic missile on the cheap from a Russian dealer is now a $12 billion, thriving company that builds its own rockets and launches around one every four weeks, carrying satellites and supply capsules into space. It’s a story of extraordinary business and engineering brilliance. Even more, it’s a story of the resilience, belief and tenacity of its founder Elon Musk.

As a child growing up in Pretoria, South Africa, Elon Musk was obsessed with the concept and possibilities of space travel. Initially, little came of this obsession. He left South Africa in 1988 when he was 17, spending a couple of years in Canada before settling in the US. He was awarded degrees in Physics and Economics from the University of Pennsylvania, and was accepted into a PhD in Applied Physics at Stanford University. His entrepreneurial ambitions won out over his academic ambitions, however, and he dropped out of the program after just a few days and went straight into business.

His first entrepreneurial venture was Zip2, a web software company that made and sold online city guides for the publishing industry, which he started with his brother in 1995. Such maps were unheard of at the time; this was almost a decade before Google Maps came into existence. Just four years later, Zip2 was bought by Compaq for over $300 million. Elon Musk, still only 28 years of age, walked away with $22 million. His next venture was an online financial services and email payment company X.com, which soon merged with Confinity. The merged entity became PayPal, which, in 2002, was sold to eBay for $1.5 billion. By then Musk owned around 12% of PayPal, so received around $165 million from the sale. He was 31. PayPal went on to revolutionise e-commerce and the way online transactions were made.

The reasonable expectation was that Musk would turn to his hand to yet another web venture, repeating the same process and growing his wealth. For Musk, though, that would have been the easy option. He already had his Silicon Valley successes, and now he wanted something very different – and much more ambitious. Towards the end of his PayPal involvement, he was talking openly about space travel and rocket ships. Some of the other PayPal executives and investors around him put it down to Musk’s eccentricity and oddness, while others thought him deluded. Few thought he would genuinely go through with it.

But having proven his entrepreneurial nous and accumulated enough cash that he could call his own shots, Musk was intent on turning his dream into reality. It was an impossible ambition that nobody else believed could happen. And people weren’t shy about letting him know what they thought . One of his initial meetings in Russia ended with the Russian negotiator telling Musk, “young boy, no”. In a meeting with vodka shots and rowdy toasting, Musk had the audacity to offer $8 million for two ballistic missiles – not the $8 million apiece the Russians wanted. They thought he was out of his depth, and reckoned he had neither the money nor the ability to pull off what he was proposing. The meeting was terminated, and that’s when Musk decided he would build a rocket himself.

By now, Musk and his wife were settled in southern California, which offered the perfect climate and terrain for an aeronautics business. He still wasn’t sure exactly what shape his space travel venture would take, but he was nonetheless determined. He began mixing socially with space exploration enthusiasts and experts, and gradually assembled a team of the best he could find. It wasn’t just about knowledge; he wanted individuals who had the right attitude, and who shared his vision, belief, and work ethic. Those around him couldn’t help but be impressed by his fascination for space and his huge hunger for knowledge. Even at this stage, Musk was clear in his ambition: he wanted to open the door to human beings to not just visit but live on planet Mars. There was, he maintained, no reason why this couldn’t be achieved.

Although few, by now, doubted Musk’s ambition or sincerity, there were question marks – big question marks – over his capacity to finance what he wanted to do. Musk was talking in terms of “maybe $30 million”, whereas those who’d been there before reckoned it would take much more than that. Musk, though, has been doing his own research and his own calculations. And he was convinced that he could develop a rocket with the capacity to carry satellites and research payloads into space at a fraction of the prevailing cost. In mid-2002, Musk set up Space Exploration Technologies – or SpaceX as it came to be known – and things started to take shape.

An old warehouse outside Los Angeles was kitted out with the fundamentals, a sparse open space where engineers, designers, scientists, machinists and technicians worked side by side. Because of budget constraints, the strategy was to build as many parts as possible itself (even the engines and launch pad), which was unheard of within the industry. Musk saw his competitors as bloated, inefficient and slow, and was convinced that SpaceX could do better in every way. He wanted SpaceX to be commercially driven, ultimately launching rockets on an almost weekly basis, with every launch being profitable. To seasoned professionals within the industry, this was extraordinary. Even more extraordinary was Musk’s claim that his rockets would carry more than the twice the industry-standard payload for less than a quarter of the cost.

The next few years were eventful ones. There were mishaps, setbacks, aborted launches and missed deadlines, but it was a productive learning curve. Musk’s team were as committed and passionate as he was, and round-the-clock shifts weren’t unusual. Things were achieved at a fraction of the cost and timeframe that competitors could manage. It wasn’t just about money, though. Musk was driven by a personal passion to better the human race and advance civilisation. He believed he was within touching distance of making space travel accessible to everyone.

It was in September 2008 that SpaceX completed its first successful launch. It had taken six years of painstaking effort. It was more than four years behind schedule, and had cost tens of millions more than had been budgeted – while Musk initially spoke in terms of $30 million, he had put in the region of $100 million into SpaceZ at that stage. Nonetheless, it was a momentous event – not only was it the first privately-constructed rocket to go into orbit, it was an achievement that few people ever truly believed they would ever see happen.
While it was a time of euphoria and celebration, there was a tougher, sobering reality to contend with, though. As well as the $100 million that Musk had pumped into SpaceX, he had invested another $70 million into his electric car venture Tesla Motors Inc. Both companies were now in dire need of more cash in order to bring them on to the next level. Musk was faced with a painful dilemma: put his remaining cash into one company, ensuring its survival but condemning the other, or divide his money between the two and hope it was enough to save both.

Tesla, in particular, was haemorrhaging cash to the tune of $1 million a week. Musk did everything he could to raise temporary financing while negotiating for a longer-term solution with investors. Negotiations with investors were fraught and complicated, but he ultimately managed to raise around $40 million in additional investment. It was tense, last-minute stuff that required, as one commentator put it, ‘balls of steel’ from Musk, but he managed to pull it off. At around the same time, SpaceX’s future was safeguarded. Out of the blue, NASA awarded Musk’s company a $1.6 billion contract for 12 flights to resupply the space station. In the space of just a couple of weeks, everything changed fundamentally for Elon Musk. What had been a tortuous period of heightened anxiety and insecurity had passed, and the future appeared, if not quite assured, certainly a light brighter.

Both companies are now booming. Tesla’s all-electric sedan car, the Model S, was introduced to the automotive industry and rightly hailed as a groundbreaking innovation. Every month or so, SpaceX launches a rocket ferrying satellites for pay – it has already done so for North American, European and Asian interests. It’s also completed a resupply flight for NASA. And just as Musk promised at the outset, SpaceX’s prices are way lower than its competitors, and it doesn’t rely on anyone else for parts. Its launch cost of around $60 million is significantly below what anyone else can manage. From a maverick outsider, it’s seen now as a reliable and economical option among customers, which explains its packed launch manifest that extends to around 50 planned flights (valued at an estimated $5 billion). His other business interest, SolarCity, which designs and installs solar energy systems, is part of another ambition to help mankind overcome its dependence on fossil fuels. Solar energy will, says Musk, ultimately be the planet’s premier energy source.

Right now, Elon Musk divides his time and attention between his companies. He’s immersed in all of them, with a hands-on involvement that holds the respect of his workforce. He has a reputation for being informal and approachable, but hugely demanding at the same time. SpaceX, still privately owned, is said to be worth around $12 billion. Elon Musk has come a long way, and that journey has brought monumental achievements. For Elon Musk, though, it’s only the beginning – and, this time, only a fool would bet against him. 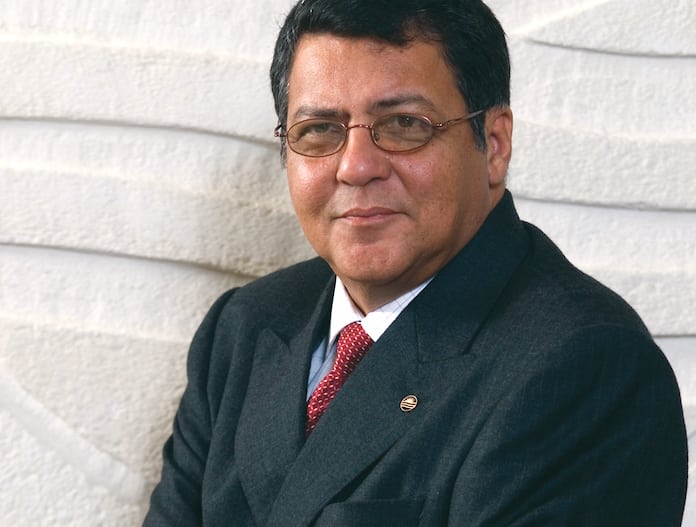