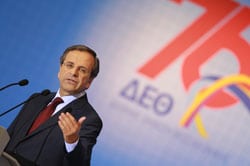 Could there really be an end in sight for the never-ending Greek recession? Prime Minister Antonis Samaras certainly thinks so. By announcing that “2014 will be the year of recovery for the Greek economy”, he has sought to reassure citizens that the country’s ongoing recession will not reach a seventh year.  Amid a backdrop of unpopular austerity measures, resulting in widespread social unrest, what is fuelling this remarkable optimism? Firstly, recent figures indicate that the Greek economy shrank by 3.8% in the second quarter, an improvement on the initial estimate of 4.6%, thus boosting forecasts, figures and fervour. Secondly, a record rise in tourism has made a huge dent in the downturn, injecting the necessary euros into a wilting economy.

The conservative prime minister has overseen fiscal reform, ensuring that the debt-stricken nation’s bruised economy is fast regaining its competitiveness. Addressing industry and business leaders in this year’s annual Thessaloniki Trade Fair keynote speech, he highlighted his coalition government’s achievements over the past 14 months and reiterated his vision for ensuring progress remains on track to equal, or better still, surpass, pre-crisis levels of prosperity by 2020.

“Greece is turning the page on six years of recession and the economy is becoming competitive” the prime minister said. “Last year the international media were predicting the ‘Grexit’ (from the Eurozone), but now that has been replaced by the ‘Grecovery’.

Currently standing at 320 billion euros, Greece’s debt is the largest in the Eurozone. Samaras is quick to point out the importance of ensuring that fiscal targets and conditions of rescue funds totalling 240 billion euros set by its “troika” of creditors at the EU, ECB and IMF, are met. “After the end of the year, we will achieve a new lightening of the debt burden,” he went on to say, before reminding international lenders of their commitment to ensuring Greece’s debt load is sustainable on the condition that by the end of 2013, Athens posted a primary budget surplus, not counting interest payments and local government and social security fund budgets. Reaching a primary surplus this year is the main focus and principal goal.

The German finance minister Wolfgang Schauble recently reiterated that Berlin was “always ready” to offer support to Athens on the condition that the government in Athens impose cuts and implement reforms. However, Germany, which has driven the bulk of Greece’s recovery, has rejected the idea that Athens would receive any debt relief, particularly following the 145 billion euros debt Greece was forgiven in 2012 from private creditors. With the upcoming German elections on the horizon, and the situation in Greece a somewhat taboo subject, the pressure is on Athens to continue trimming back its public sector, which many consider the source of Greece’s fiscal troubles.

Samaras’ government in Athens was also confronted with wide scale anti-austerity demonstrations, as many Greeks prepare for another winter of discontent. They are not in an overly optimistic mood due to record levels of unemployment and poverty, and police estimate that around 50,000 took to the streets in Thessaloniki to voice their dissatisfaction. The main opposition leader, Alexis Tsipras, even accused the prime minister of misleading the Greek people with a “primary surplus of deceit”.

Whether Greece is still in the throes of a recession or is, as Samaras puts it, ‘a region of stability’ is still up for debate, but the protestors on the streets and the 1.5 million unemployed seem unconvinced, and there is rising inference that the country is heading for a third bailout. This year has offered some solace to the fiscal climate in Greece, so here is looking to 2014, in hope of more good fortune for employment figures, the economy and the Euro. 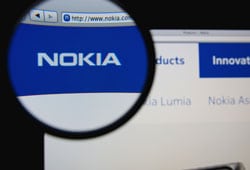